Edward Thomas: The Origins of his Poetry builds a new theoretical framework for critical work on imaginative composition through an investigation of Edward Thomas’s composing processes, on material from his letters, his poems and his prose books. It looks at his relation to the land and landscape and includes detailed and illuminating new readings of his poems and close study of many of his hitherto relatively neglected prose works. It traces new and surprising connections between Thomas’s approach to composition and the writing and thought of Freud, Woolf and William James, and introduces the significant influence of Japanese aesthetics on Thomas. Analysis of his drafts, layout and typographic and handwritten habits also illumine both his completed poetry and his approach to composition. The sustained study of some of Thomas’s voluminous correspondence with fellow poets and writers helps also to provide an epistolary reading of his work. The result is not only an ambitious, detailed original consideration of Thomas as writer of poetry and prose but also a surprising and far-reaching analysis of poetic composition with wide-reaching implications for early twentieth-century aesthetic theory, and the limits or the conditions of the sayable, and, through the subtle use of epigraphs from a wide-range of differing sources, the location of the specific readings of Thomas in a much wider intellectual context .

"This book provides a striking and original account of Edward Thomas's composition process, which is widened to become a meditation on the act of composition itself. It situates Thomas in a network of intellectual affiliations that help to transform our understanding of him as a strikingly innovative poet, contemporary with other more obviously Modernist poets; and it is written throughout in an accessible, evenly paced way that leads the reader to some nevertheless surprising and complex conclusions." --Simon Dentith, University of Reading

Judy Kendall is a Reader in English and Creative Writing at the University of Salford. 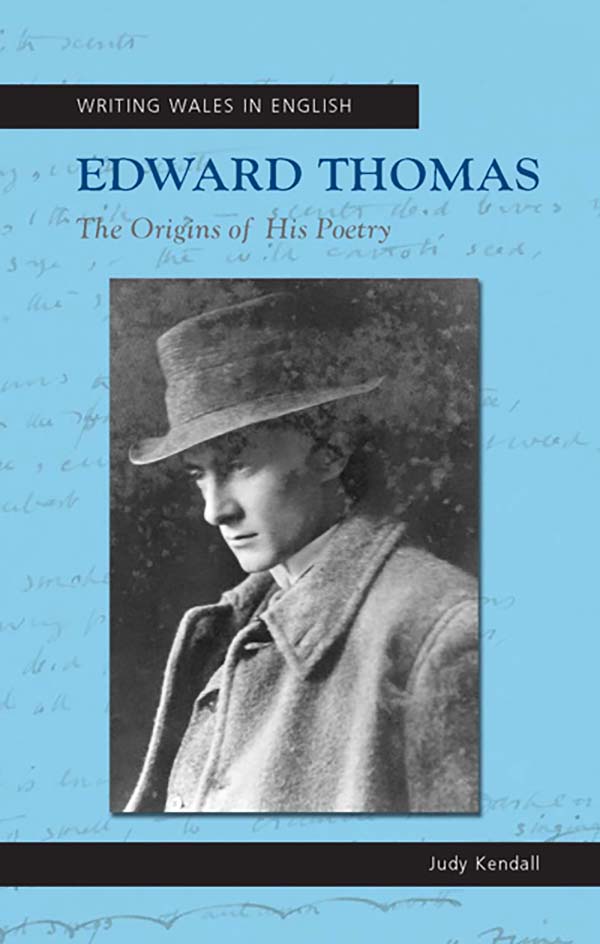