This brand new dictionary, containing some 12,000 Welsh and English idiomatic phrases, is sure to be of interest to both Welsh speakers and learners. The phrases included range from those which are true idioms in both languages and cannot be translated literally - such as chwerthin yn ei dwrn: to laugh up her sleeve - to those where only the use of a preposition is different or peculiar - such as amneidio ar rywun: to beckon to somone. Many of the other phrases contain a peculiarity of vocabulary, word order or tense, which means that they cannot be translated word for word. This is a dictionary which will allow you to look up such diverse Welsh phrases as achub y blaen arnyn nhw, blwyddyn gron, corff yr eglwys, dan ei sang, elwa ar ..., Gorau oll!, mewn bri, siarad fel pwll y mor or wedi chwythu ei phlwc; or to see how to translate such English idioms as all and sundry, cat's whiskers, get a fair crack of the whip, in the nick of time, Mum's the word!, on the off chance, stick out like a sore thumb or throw down the gauntlet. An important aim of this dictionary is to help those learning Welsh to make the difficult transition from idiomatic usage in English to idiomatic usage in Welsh, and it will very quickly earn its place as an invaluable tool in that learning process. However, there is little doubt that it will be of great value to many whose first language is Welsh and to those who are studying in universities, colleges and Welsh-medium schools.

'... the most comprehensive and most thorough dictionary of its type currently available...a reference work and learning tool which will be of great value to all students of Welsh at all levels, to translators, and to first-language Welsh speakers wishing to improve their command of both languages...essential stock, to all academic, reference and lending libraries in Wales, and to libraries anywhere with an interest in Wales, Celtic Studies, Linguistics.' Reference Reviews

Alun Rhys Cownie is a retired university lecturer. He was born in Cardiff and now lives in Pwllheli, where he has learnt Welsh. Wyn G. Roberts is a retired primary school headteacher now living in Pwllheli. 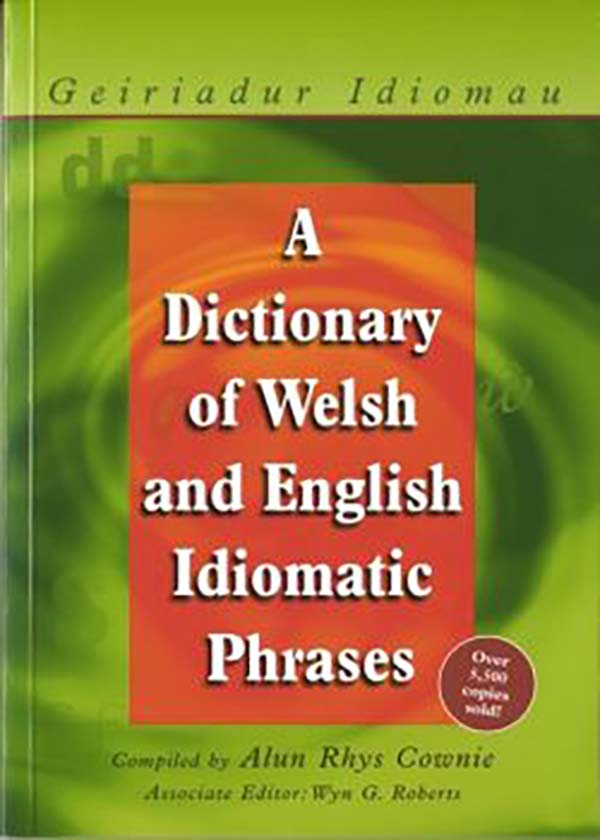