Gangsters, aviators, hard-boiled detectives, gunslingers, jazz and images of the American metropolis were all an inextricable part of the cultural landscape of interwar France. While the French 1930s have long been understood as profoundly anti-American, this book shows how a young, up-and-coming generation of 1930s French writers and filmmakers approached American culture with admiration as well as criticism. For some, the imaginary America that circulated through Hollywood films, newspaper reports, radio programming and translated fiction represented the society of the future, while for others it embodied a dire threat to French identity. This book brings an innovative transatlantic perspective to 1930s French culture, focusing on several of the most famous figures from the 1930s – including Marcel Carné, Louis-Ferdinand Céline, Pierre Drieu la Rochelle, Julien Duvivier, André Malraux, Jean Renoir and Jean-Paul Sartre – to track the ways in which they sought to reinterpret the political and social dimensions of modernism for mass audiences via an imaginary America.

David Pettersen is Assistant Professor of French at the University of Pittsburgh, where he also serves as Associate Director of the Film Studies Program. 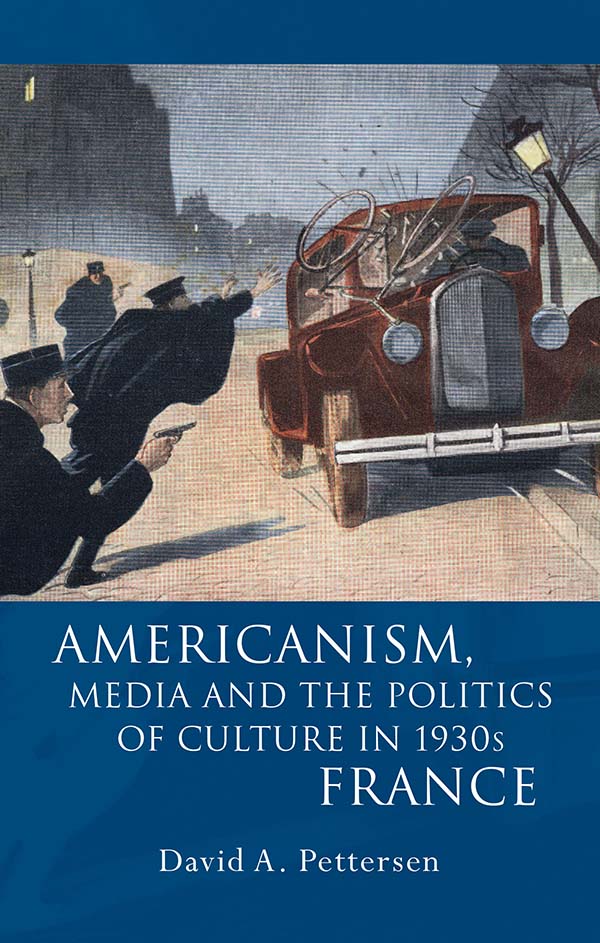