Ranging from studies of the influence of desert eremiticism upon a variety of expressions of religious enclosure in England to the sexualized spirituality of the high Middle Ages, this book contains essays that demonstrate how discourses of anchoritic enclosure were utilized to different ends at different periods throughout the Middle Ages.

"With its broad chronological range, extending from the ninth century to the fifteenth, and its extensive specialist variety, this is a collection more likely to be cherry-picked than consistently worked through, but that does not detract from the value of the individual essays." University of Birmingham R. N. Swanson As reviewed in: The Heythrop Journal, Feb 2007 Wide-ranging and fully accessible, this book reflects an exciting international scholarly collaboration, offering a broad and compelling analysis of the influence of anchoritism and its associated traditions upon the spirituality of Europe and beyond during the Middle Ages. Disrupting traditional geographical boundaries, the essays draw together with some of the more canonical writings a number of hitherto under-explored or overlooked expressions of this form of the solitary life and does much to extend our understanding of the spiritual, religious, social and ideological imperatives behind this extraordinary vocation. As such, it makes a most welcome addition to, and extends the range, of the ground-breaking series of volumes on medieval anchoritism produced by the University of Wales Press in recent years, and will provide a valuable new resource for scholars, students and the general reader alike. Dr Liz Herbert McAvoy, Reader Gender Studies and Medieval Literature, Swansea University Emerging from a powerful meeting of the International Anchoritic Society in Japan in 2008, these ten new essays by scholars from around the globe explore anchoritic texts born in England in the thirteenth-century as they develop and influence anchoritism across Europe up to the seventeenth-century. Beginning with a foundational essay by Bella Millett about the uniquely independent form of religious life expressed in anchoritic guides, the remaining essays explore the development of anchoritism across Europe including in works by spiritual writers such as Julian of Norwich, Margery Kempe and Dorothy of Mantau. Deepening our understanding of the linguistic features of the originary texts as well as the development of lay spirituality, these essays make a significant contribution to the recent efflorescence of critical attention to the history of spirituality. Professor Elizabeth Robertson, Professor of English Language, University of Glasgow

Foreword: Anneke B. Mulder-Bakker; Introduction: Liz Herbert McAvoy and Mari Hughes-Edwards; Inclusive Language: Some Reflections on Wombs and Tombs - Alexandra Barratt; Guthlac A and Guthlac B Changing Metaphors for a Dying Hermit - Santha Bhattacharji; Representations of the Anchoritic Life in Goscelin of St-Bertin's Liber Confortatorius - Rebecca Hayward; Male and Female Cistercians and their Gendered Experiences of the Margins, the Wilderness and the Periphery - Elizabeth Freeman; The White Friars' Return to Carmel - Johan Bergstom-Allen; "Crepe into that blessed syde" Enclosure Imagery in Aelred of Rievaulx's De Institutione Inclusarum and its Middle English Redaction - Kristen McQuinn; Gladly Alone: Isolation and Exile in English Mystical Experience - Susannah Chewning; Anchoritic Elements of Holkham Misc. 41 - Catherine Innes-Parker; "I was confused and cried": The Carthusian Dionysius of Ryckel (c. 1402/03-1471), Masculinity and Late Medieval Mysticism - Ulrike Wiethaus; "... wrapt as if to the third heaven" Gender and Contemplative Experience in Late-Medieval Anchoritic Guidance Writing - Mari Hughes-Edwards; In Praise of Whips: Mortification of the Flesh in Ancrene Wisse - Bob Hasenfratz; Beyond the Tomb: Ancrene Wisse and Lay Piety - Cate Gunn; Voice beyond the Grave: Margery Kempe, 'deuoute ancres...of Lynne' - Liz Herbert McAvoy

Dr Mari Hughes-Edwards is a Reader in English Literature at Edge Hill University. 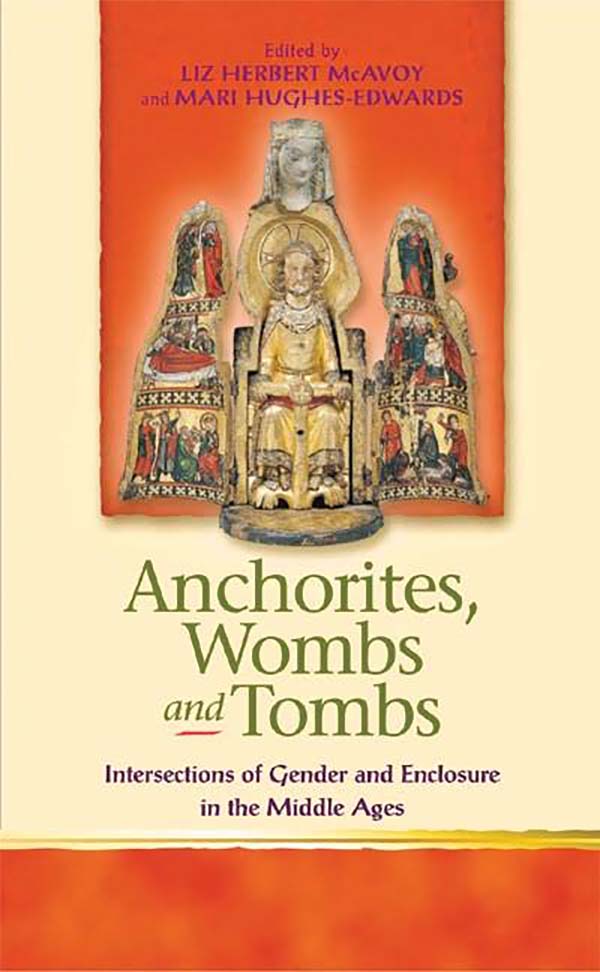