Series: Iolo Morganwg and the Romantic Tradition in Wales

This is the first full-scale study of the political radicalism of Iolo Morganwg, the renowned Welsh romantic whose colourful life as a Glamorgan stonemason, poet, writer, political activist and humanitarian made him one of the founders of modern Wales. This path-breaking volume offers a vivid portrait of a natural contrarian who tilted against the forces of the establishment for the whole of his adult life. Known as the ‘Bard of Liberty’ or the ’little republican bard’, he moved in highly-politicized circles, embraced republicanism, founded the Gorsedd of the Bards of the Isle of Britain, threw in his lot with Unitarians, promoted a sense of cultural nationalism, and supported the anti-slave trade campaign and the anti-war movement during years of war, oppression and cruelty.

"This lively and stimulating book gets to grip with the question of the political beliefs and actions of one of Wales's most controversial cultural icons: Edward Williams, Iolo Morganwg, the self-styled 'Bard of Liberty'. Revealing a profound knowledge and understanding of the vast and famously chaotic archive of Iolo's manuscripts held at the National Library of Wales, Professor Jenkins has produced here more than an analysis of Iolo's politics: this is effectively the first really detailed biography of the man, tracing his life from birth to death against the context of a rapidly changing world." Dr Mary-Ann Constantine

1. ‘On the Banks of the Daw’ 2. ‘I was always pushing forward’ 3. ‘When he nobly for Liberty stood’ 4. ‘The Unparalleled Eventfulness of this Age’ 5. ‘[He] is now a seller of seditious Books and will be planting Treason wherever he goes’ 6. ‘I have as much Cimbric patriotism as any man living’ 7. ‘I am what I am, and I most fervently thank God that I am what I am’ 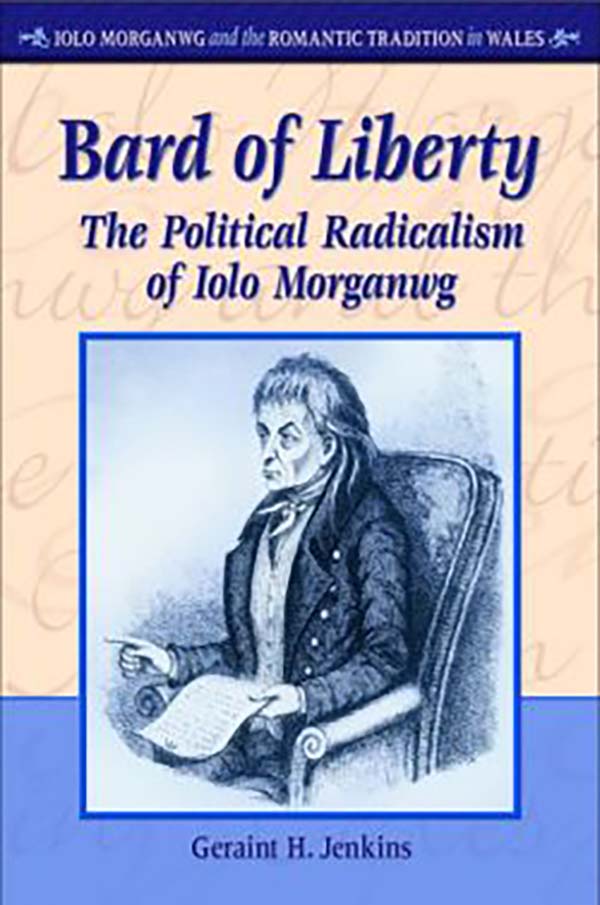