When Ben Bowen died, aged twenty-five, in 1903, the Welsh literary establishment predicted his immortality. This book looks at the Bowen phenomenon as a product both of his own view of himself as a great poet and a Wales that fed that assumption. It traces his escape from a miner’s life in the Rhondda, his stay in South Africa during the Boer War, his talent for controversy and his growing awareness of his early death. This is the first extended, dispassionate account of the life, work and death of the Treorci-born poet Ben Bowen (1878-1903). Published on the centenary of his death, the work seeks to explain Bowen’s short-lived fame and subsequent obscurity. It considers his precocious sense of himself as a poet, the literary, social and religious milieu in which he operated, his desire to use poetry as an escape from humble beginnings, and his awareness from his late teens of his impending death. Through a consideration of the life of this compelling character, Robin Chapman also enhances our understanding of Welsh culture in late-Victorian and early-Edwardian Wales.

T. Robin Chapman is Lecturer in the Welsh department at Aberystwyth University. 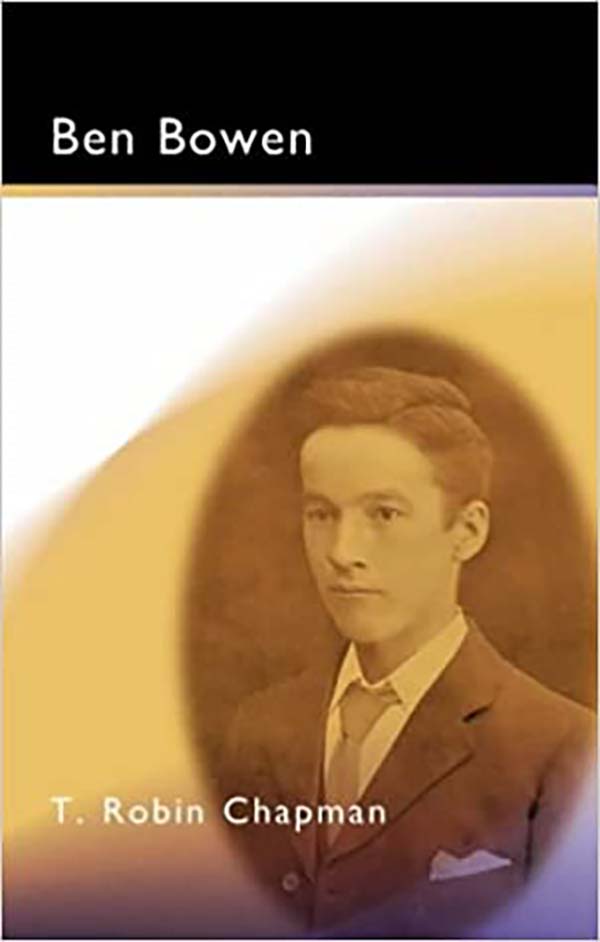