Between Wales and England is an exploration of eighteenth-century anglophone Welsh writing by authors for whom English-language literature was mostly a secondary concern. In its process, the work interrogates these authors’ views on the newly-emerging sense of ‘Britishness’, finding them in many cases to be more nuanced and less resistant than has generally been considered. It looks primarily at the English-language works of Lewis Morris, Evan Evans, and Edward Williams (Iolo Morganwg) in the context of both their Welsh- and English-language influences and time spent travelling between the two countries, considering how these authors responded to and reimagined the new national identity through their poetry and prose.

‘This study is invaluable as an account of the troubled status of the English language in Welsh identity.’
-Professor Murray Pittock, University of Glasgow

‘Lewis Morris (Llywelyn Du o Fôn), Evan Evans (Ieuan Fardd, or Ieuan Brydydd Hir) and Edward Williams (Iolo Morganwg) – the very names by which these bilingual eighteenth-century poets were known declared their conflicting allegiances as “Britons”. The term signified for them the Welsh as Ancient Britons, but for the governing state it grew to mean something very different as the century witnessed the birth of “Great Britain”. In this fascinating and pioneering study, Bethan M. Jenkins ably dissects these writers’ various positions on Britishness, and argues for their significance in the formation of Welsh writing in English.’
-Professor Jane Aaron, University of South Wales

‘This is a lively and engaged account of a period in Welsh literary history which has too often fallen from sight between disciplines and departments dividing Welsh and English literatures. Bethan Jenkins’s study of three fascinating and influential eighteenth-century Welsh-speaking authors writing in English offers some revealing insights into the challenges and complexities of their bilingual and bicultural world.’
-Dr Mary-Ann Constantine, University of Wales Centre for Advanced Welsh and Celtic Studies

Bethan Jenkins is Senior Library Assistant at the Bodleian History Faculty Library, Oxford University, and Librarian-in-Charge at the Wellcome Unit for the History of Medicine, Oxford. 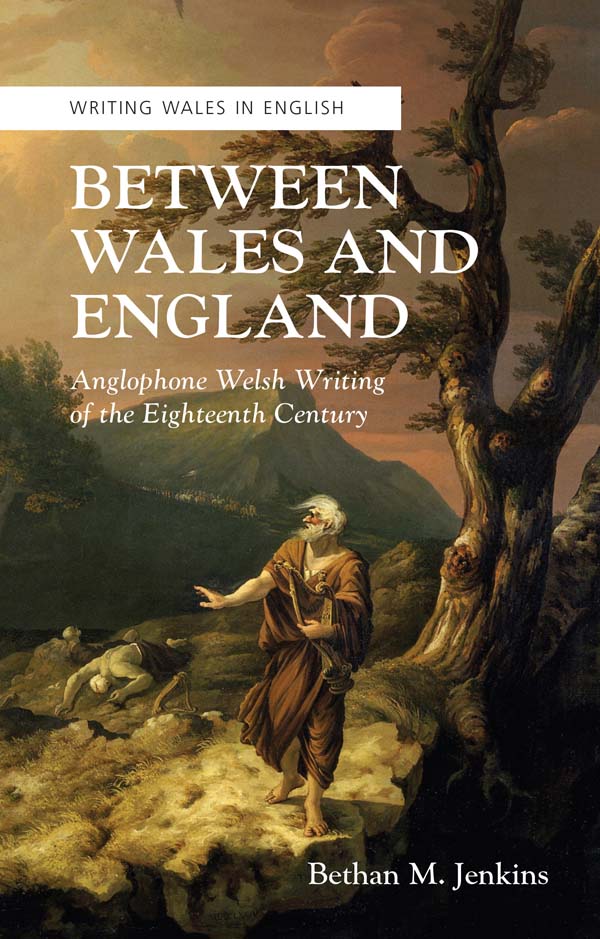