OPEN ACCESS To view Blood, Land and Power for free click on the following links: https://www.uwp.co.uk/app/uploads/9781786836110.pdf This monograph is also available to read on OAPEN: https://library.oapen.org/handle/20.500.12657/47859 The analysis of land management, lineage and family through the case study of early modern Spanish nobility from sixteenth to early nineteenth century is a major issue in recent historiography. It aims to shed light on how upper social classes arranged strategies to maintain their political and economic status. Rivalry and disputes between old factions and families were attached to the control and exercise of power. Blood, land management and honour were the main elements in these disputes. Honour, service to the Crown, participation in the conquest and ‘pure’ blood (Catholic affiliation) were the main features of Spanish nobility. This book analyses the origins of the entailed-estate (mayorazgo) from medieval times to early modern period, as the main element that enables us to understand the socio-economic behaviour of these families over generations. This longue durée chronology within the Braudelian methodology of the research aims to show how strategies and family networks changed over time, demonstrating a micro-history study of daily life.

‘Persuasive, convincing and complex, Blood, Land and Power focuses on the journey of the Murcian Riquelme family between the thirteenth and eighteenth centuries, and offers an exciting insight into the multiple dimensions required for the longue durée survival of the noble elites in southern Europe. Placing family dynamics at the centre of the analysis, Manuel Perez-Garcia explores analytical categories such as lineage, purity of blood, honour, social networks and mayorazgo. The talent and art revealed in the treatment of historical sources transform this attractive case study into a general model for understanding the multilayered Spanish nobilities.’
-Profesor Mafalda Soares da Cunha, University of Évora

‘Manuel Pérez-García forcefully demonstrates the role of the extended family groups in Spanish early modern and, by extension, in Western early modern societies. They articulate the relationship of individual with the global context, and their needs for preservation and dominance are the motor of social change, creating the dominant social representations. Unveiling the most intimate structures of Western societies, this book paves the way for global comparisons.’
-Professor Jean-Pierre Dedieu, École Normale Supérieure de Lyon

‘A groundbreaking and insightful study of the fostering of the nobility in late medieval and early modern Spain, utilising the most modern methods of social and cultural historical research. This book will be viewed as essential not only by scholars of the Spanish nobility but also for specialists dealing with the long-term social and cultural history of European elites.’
-Professor Jesus Cruz, University of Delaware

‘How does the family explain the evolution of the Spanish society? In this very ambitious and well researched book, Manuel Perez-Garcia contends that the study of the family in its widest scope can explore long-term socioeconomic and cultural changes. From a multidisciplinary approach, the author makes it much more than the study of a single family and its entourage. The book provides a methodology for the study of similar regions – not only Mediterranean Europe, but also early Latin American familial structures, for example, and their impact on social, political and economic development. For any historian of the modern period, this a necessary book to comprehend how the family as a fundamental institution gave way to corporations and other ancien régime social structures, the workings of which can be more easily contrasted with liberal individualism.’

MANUEL PEREZ-GARCIA is tenured Associate Professor in the Department of History, School of Humanities, at Shanghai Jiao Tong University in China, and is founder and director of the Global History Network in China (GHN). He is Principal Investigator of the Global Encounters between China and Europe (GECEM) Project, https://www.gecem.eu/ funded by the European Research Council under the European Union’s Horizon 2020 Research and Innovation Programme. 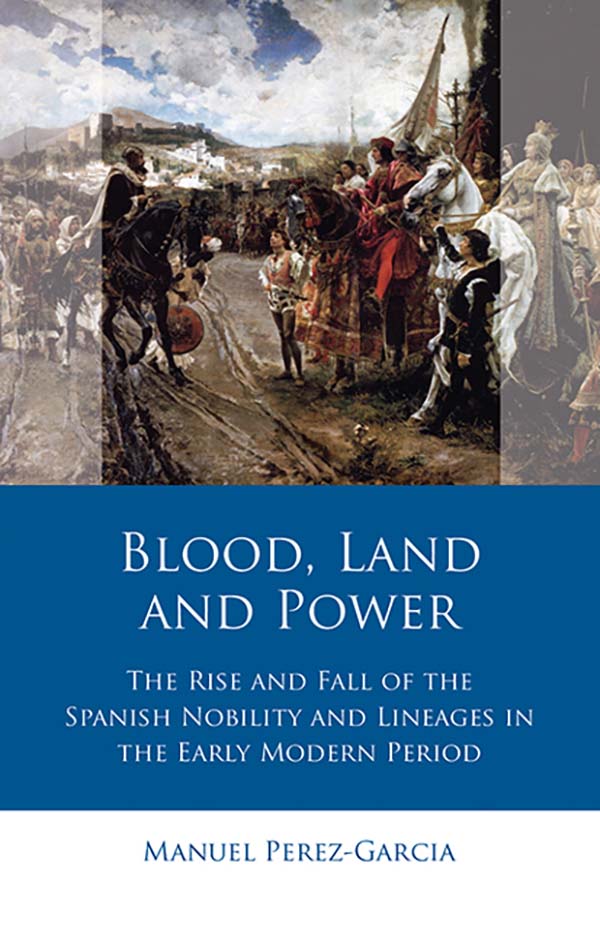