Brut y Tywysogyon or The Chronicle of the Princes was described by Sir J. E. Lloyd as ‘the greatest monument of Welsh historiography in the Middle Ages’. It has long been recognised as a source of prime importance for the history of medieval Wales and as one which supplies details of interest about contemporary events in England and elsewhere. Of the original thirteenth-century Latin text no copy has survived, but three independent Welsh translations are extant. In this volume, Professor Thomas Jones (1910–72) gives an English translation of the Peniarth MS. 20 version, which is the most complete of the three and which was published in full for the first time in 1941. In his Introduction, Professor Jones surveys the work of earlier scholars. He discusses the contents, origin, and sources of the chronicle and describes the special characteristics of the Peniarth MS. 20 version. The detailed notes show the many discrepancies in the three Welsh versions as compared with one another and, used in conjunction with the text, they supply the combined substantial evidence of three Welsh versions and so of the lost Latin chronicles that underlie them.

Thomas Jones (1910–72) was a distinguished scholar and served as Professor and Head of the Welsh Department at University of Wales College, Aberystwyth, between 1952 and 1970. 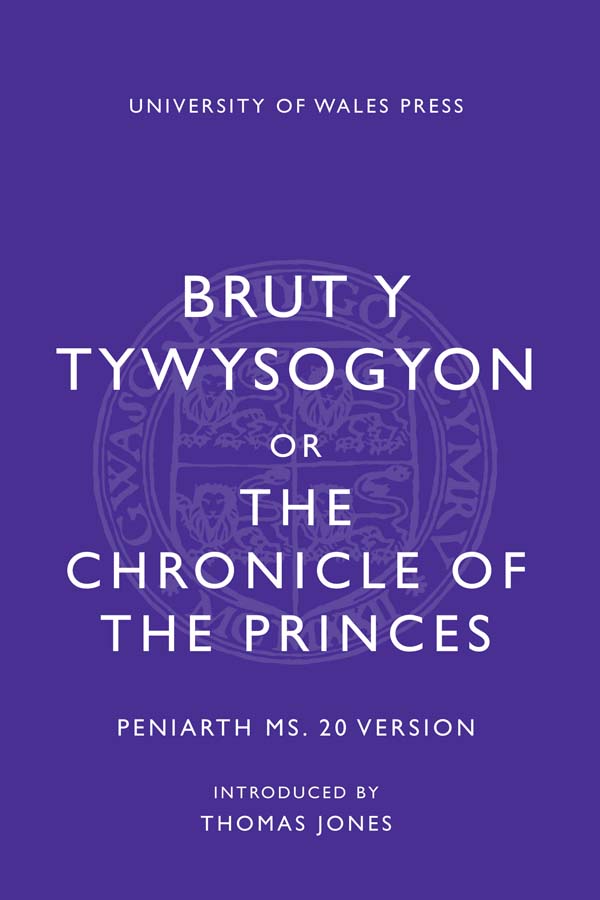