Carmarthen Castle was one of the largest castles in medieval Wales. It was also one of the most important, in its role as a centre of government and as a Crown possession in a region dominated by Welsh lands and Marcher lordships. Largely demolished during the seventeenth century, it was subsequently redeveloped, first as a prison and later as the local authority headquarters. Yet the surviving remains, and their situation, are still impressive. The situation changed with a major programme of archaeological and research work, from 1993 to 2006, which is described in this book. The history of the castle, its impact on the region and on Wales as a whole are also examined: we see the officials and other occupants of the castle, their activities and how they interacted with their environment. Excavations at the castle, and the artefacts recovered, are described along with its remaining archaeological potential. This book puts Carmarthen Castle back at the heart of the history of medieval Wales, and in its proper place in castle studies and architectural history, the whole study combining to make a major contribution to the history of one of Wales’s great towns.

‘The castle of Carmarthen was the centre of authority of the English Crown in south-west Wales from early Norman times, with the town alongside growing in importance during the Middle Ages. Although rich in documentation, until recently little was known or understood about the fabric of the castle, but, as this book shows, the work of the author and the contributors has transformed our knowledge, and the volume makes a very important contribution to the medieval and later history of Wales.’
-John Kenyon, Honorary Research Fellow, National Library of Wales

‘Using historical, archaeological and the built evidence, Neil Ludlow has brought Carmarthen Castle back to life with a well-written text and excellent reconstruction drawings, showing that it was one of the most important castles in Wales.’
-Richard Turner, Inspector of Ancient Monuments, Cadw

1 Introduction: ‘A Certain Good Donjon’ A brief overview Historiography Location, setting and early settlement An introductory description 2 Carmarthen Castle and its Place in Medieval Wales Origins Politics and war A centre of government The castle in the landscape 3 The Physical Remains The motte and shell-keep The curtain walls and towers The Great Gatehouse and bridge The castle interior The gaol wall, yard and Old Police Station 4 Reconstructing the Castle Phase 1: The timber castle, 1106 – 1180 Phase 2: The shell-keep, 1181 – 1222? Phase 3:The masonry defences, 1223 – 1240 Phase 4: Buildings for the king, 1241 – 1278 Phase 5: More accommodation, 1279 – 1300 Phase 6: Buildings for government, 1301 – 1408 Phase 7: Damage and rebuilding, 1409 – c.1550 Social organisation: the castle as a residence 5 Division, Demolition and Development: The Post-medieval Castle Decline: the late sixteenth/mid-seventeenth century Slighting: from Civil War to Restoration, 1642 – 1660 The late seventeenth and eighteenth centuries The new County Gaol, 1789 – 1868 The late nineteenth-century gaol and County Hall, 1868 – 1993 6 Pottery and Other Finds Pottery and glass (Paul Courtney and Dee Brennan) Organics and metalwork from medieval deposits (Mark Redknap) Small finds from post-medieval deposits (Mark Redknap, Dee Brennan and Edward Besly) 7 Epilogue: The Castle Rediscovered The castle in the present The castle in the future

Neil Ludlow is a consultant archaeologist. Formerly a Project Manager with Dyfed Archaeological Trust, he practised in west Wales for twenty-five years acquiring a comprehensive knowledge of its medieval history and buildings. 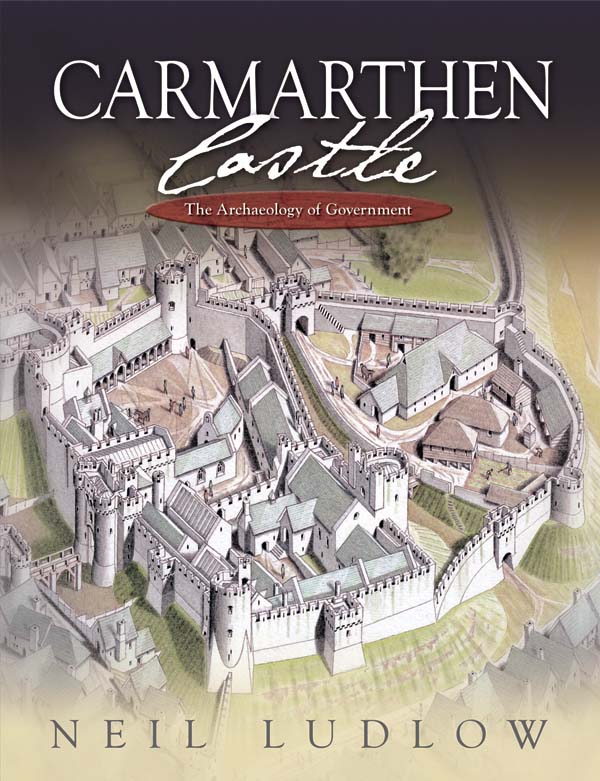