This book offers a study of Danish, Norwegian, Swedish and French crime fictions covering a fifty-year period. From 1965 to the present, both Scandinavian and French societies have undergone significant transformations. Twelve literary case studies examine how crime fictions in the respective contexts have responded to shifting social realities, which have in turn played a part in transforming the generic codes and conventions of the crime novel. At the centre of the book’s analysis is crime fiction’s negotiation of the French model of Republican universalism and the Scandinavian welfare state, both of which were routinely characterised as being in a state of crisis at the end of the twentieth century. Adopting a comparative and interdisciplinary approach, the book investigates the interplay between contemporary Scandinavian and French crime narratives, considering their engagement with the relationship of the state and the citizen, and notably with identity issues (class, gender, sexuality and ethnicity in particular).

‘With a clear focus on topical issues of community, identity and gender, Grydehøj choreographs an intricate dance between Nordic and Gallic crime literatures, pairing flagship writers in a genuinely comparative study which reads one in the light of the other and vice versa, generating novel insights from a unique, cross-cultural encounter.’
-Professor David Platten, University of Leeds

‘International crime fiction has over the past decades been enriched by a new wave of French and Scandinavian crime fiction … With Grydehøj’s study of both well-known and lesser-known writers from France and Scandinavia, this volume offers a much needed transnational, critical study of how crime genres in different cultural settings have been used to work through national crises. Major contemporary issues such as identity politics, multiculturalism and the accommodation of difference are engaged in making a sharp evaluation of their relative success ... Contemporary French and Scandinavian Crime Fiction is a significant contribution to contemporary crime fiction research.’
-Professor Jakob Stougaard-Nielsen, University College London

Acknowledgements
Introduction
Part I: The Structure of Crime Fiction Revolutions
Chapter 1 – Social and Literary Models in Crisis
Chapter 2 – Individual and Collective Identities in the Twenty-First Century
PART II: Gender and Genre
Chapter 3 – Gender and Sexuality in the femikrimi and the polar au féminin
Chapter 4 – The Figure of the Prostitute
Part III: Cultures in Migration
Chapter 5 – Bled and Banlieue in French Crime Fiction
Chapter 6 – Self and Other in Scandinavian Crime Fiction
Conclusion: Closing the Case
Selected bibliography

Anne Grydehøj is Lecturer in the Department of Scandinavian Studies at UCL, where she teaches Danish language and culture. She has authored numerous articles on Scandinavian crime fiction. 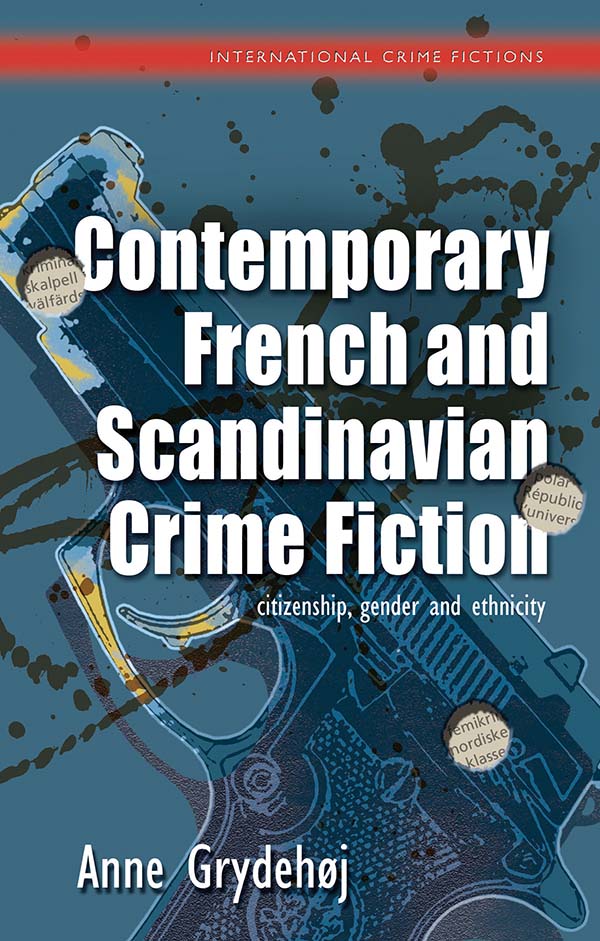