The publication of Cronica Walliae in 2002 provided for the first time ever a printed text of a scholarly work found in manuscripts of the sixteenth century. Its author, the antiquary Humphrey Llwyd, born in Denbigh about 1527, graduated at Oxford University and entered the service of the earl of Arundel. He twice served as a Member of Parliament and, as member for Denbigh in 1569, is accredited with facilitating the passage of the bill for translating the Bible and Book of Common Prayer into Welsh. He died in Denbigh in 1568, and his monument stands in the parish church of Llanfachrell. Cronica Walliae is Humphrey Llwyd’s most substantial work and is based upon the medieval Welsh chronicle Brut y Tywysogyon, a narrative of the kings and princes of Wales from the death of Cadwaladr Fendigaid to Llywelyn ap Gruffudd. It was used by David Powel in his preparation of his Historie of Cambria (1584), and its study today makes possible a better appreciation of the contribution of two scholars who, between them, laid the foundations for modern Welsh historical writing on the medieval period. No manuscript survived in Llwyd’s own handwriting, and the present edition is based upon NLW Llanstephan 177, with variant readings from BL Cotton Caligula Avi.

Humphrey Llwyd was a cartographer, antiquary, and Member of Parliament. 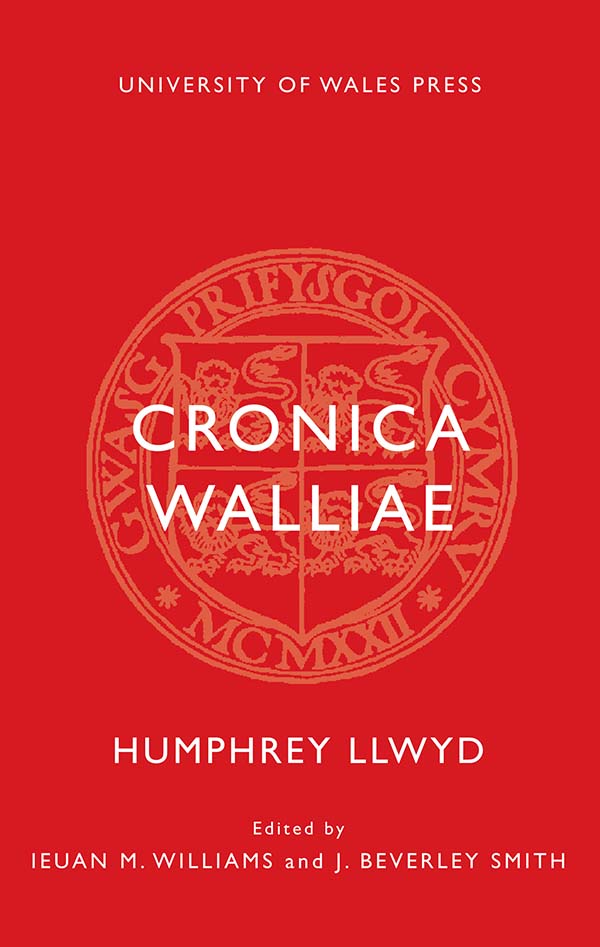