This book examines the relationship between aesthetics and politics based on the philosophies of Gilles Deleuze (1925-1995) and Pierre-Felix Guattari (1930-1992), most famous for their collaborative works "Anti-Oedipus" (1972) and "A Thousand Plateaus" (1980). Porter analyses the relationship between art and social-political life and considers in what ways the aesthetic and political connect to each other. Deleuze and Guattari believed that political theory can have aesthetic form and that vice versa, the arts can be thought to be forms of political theory. Deleuze and Guattari force us to confront the idea that 'art', the things we call language, literature, painting and architecture, always has the potential to be political because naming, or language-use, implies a shaping or ordering of the 'political' as such, rather than its re-presentation.

Dr Robert Porter is a research associate in the Media Studies Research Institute in the school of Media and Performing Arts, University of Ulster Coleraine. The work he has published to date falls broadly within the field of contemporary critical and cultural theory, with particular emphasis on ideology. He is engaged in research exploring the link between cinema and politics. 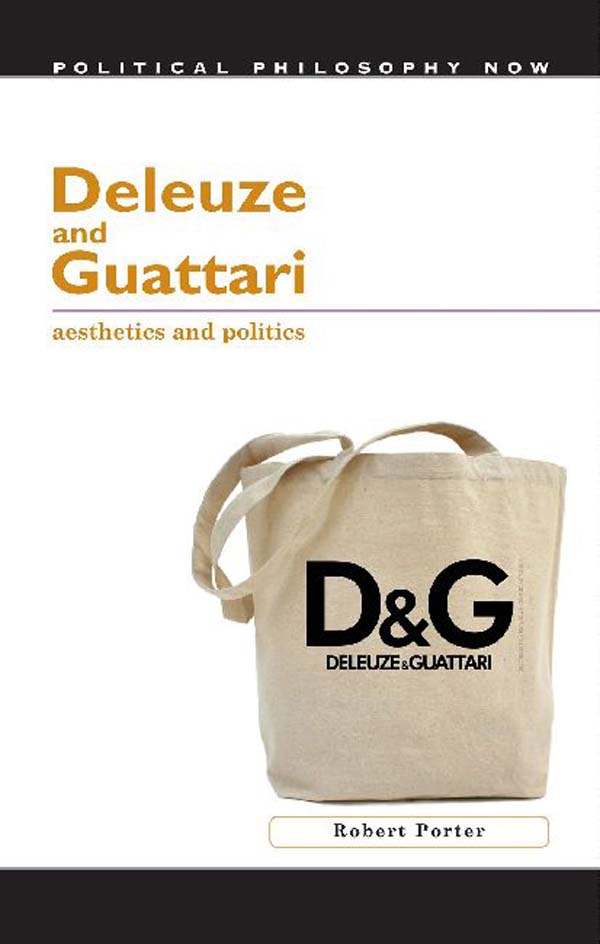