In the face of the contested legacy of engagement in the Francophone context, this interdisciplinary collection demonstrates that French and Francophone writers, artists, intellectuals and film-makers are using their work to confront unforeseen and unprecedented challenges, campaigns and causes in a politically uncertain post-9/11 world. Composed of eleven essays and a contextualising introduction, this volume is interdisciplinary in its treatment of engagement in a variety of forms, as it reassesses the relationship between different types of cultural production and society as it is played out in the twenty-first century. With a focus on both the development of different cultural forms (Part 1) and on the particular crises that have attracted the attention of cultural practitioners (Part 2), this volume maps and analyses some of the ways in which cultural texts of all kinds are being used to respond to, engage with and challenge crises in the contemporary Francophone world.

‘The editors’ aim to open up debate about the nature of political commitment in French and Francophone culture today is effectively served by this well-focused, interesting and incisive collection of essays. Engagement with the contemporary world and its power structures is shown to be a driving force across an impressively wide and varied range of institutional and cultural practices.’
-Professor Margaret Atack, University of Leeds

'Any of the essays would easily stand alone for research or classroom use, and undergraduate and graduate students alike would likely appreciate and benefit from exposure to the wide range of source material employed here.'
- Kathryn Kleppinger, The George Washington University, H-France Review

Dr. Angela Kimyongür is Senior Lecturer in French at the University of Hull. 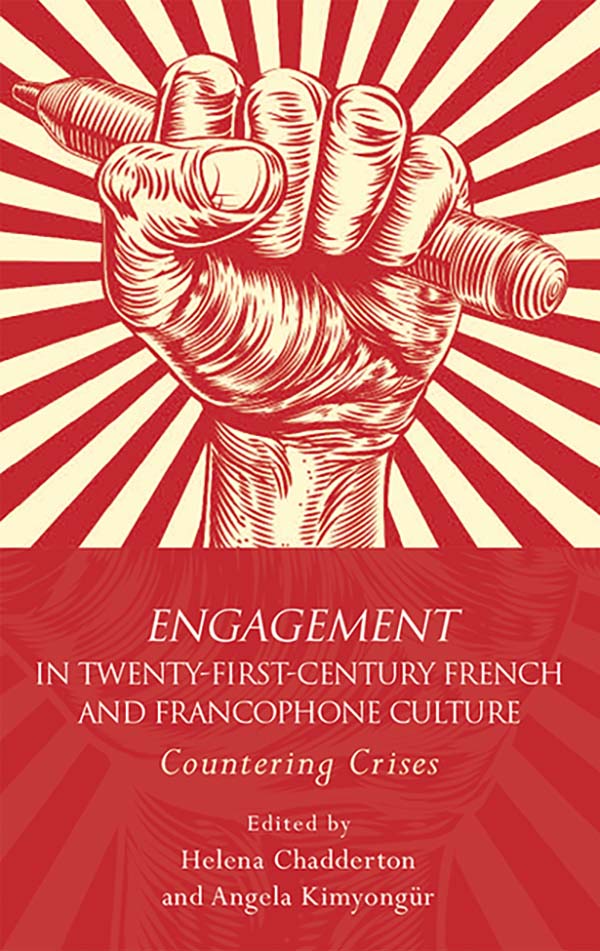