Equality of opportunity is a contested concept. It evokes strong emotions from proponents and opponents alike. Enduring issues of inequality and discrimination mean that it remains at the forefront of political priorities in the twenty-first century. Traditional analyses tend to focus on developments at the level of the unitary state or European Union. In contrast, this book underlines the salience of multi-level governance and offers the first detailed comparative analysis of contemporary efforts to promote equality of opportunity in the wake of constitutional reform in the UK. It presents a summary of social theory on equalities in relation to gender, and a full range of social groups and identities - such as disability, ethnicity, sexual orientation and age. It outlines the contemporary evidence base relating to patterns and processes of inequality in the 'devolved' nations. A 'governance perspective' is also advanced; one that details how constitutional law establishing the devolved legislatures contains equality clauses that enable and empower government to promote equality in public policy and law. Analysis reveals the development of distinctive regulatory structures and equalities policy lobbies in each territory. Overall, this volume charts the development of divergent legal rights and public policy on the promotion of equality in the wake of constitutional reform in the UK. Notwithstanding ongoing challenges, it is argued that the move to quasi-federalism is significant for it marks a shift from the predominant, centralised administration of social policy witnessed throughout the twentieth century, to divergent approaches designed to address contrasting socio-economic patterns and processes in Wales, Scotland and Northern Ireland.

Dr Paul Chaney is Senior Lecturer in Public Policy at Cardiff University. He has published widely on territorial politics, social policy and, equality and human rights. 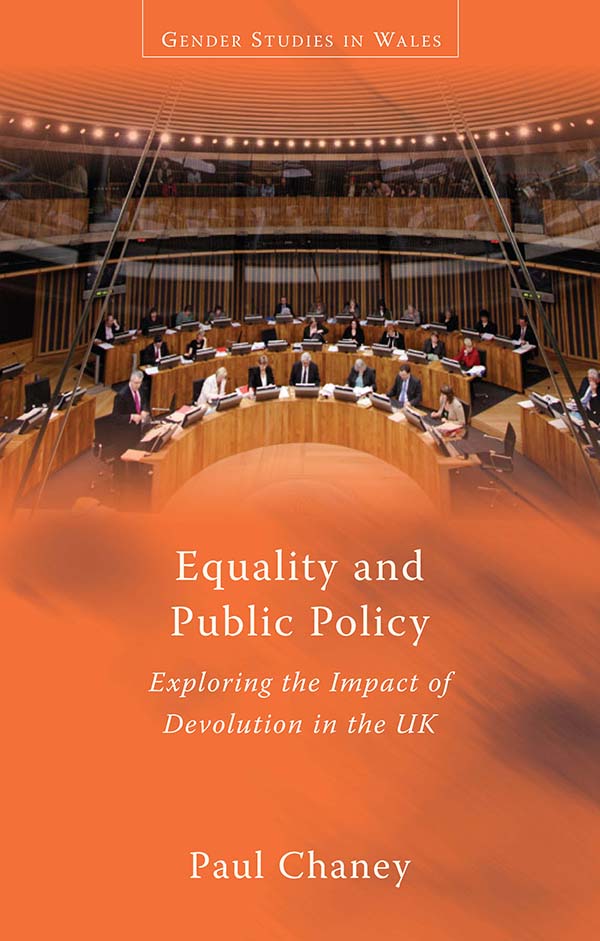