The Horror genre has become one of the most popular genres of TV drama with the global success and fandom surrounding The Walking Dead, Supernatural and Stranger Things. Horror has always had a truly international reach, and nowhere is this more apparent than on television as explored in this provocative new collection looking at series from across the globe, and considering how Horror manifests in different cultural and broadcast/streaming contexts. Bringing together established scholars and new voices in the field, Global TV Horror examines historical and contemporary TV Horror from Australia, Brazil, Canada, Denmark, France, Iran, Japan, Spain, New Zealand, USA and the UK. It expands the discussion of TV Horror by offering fresh perspectives, examining new shows, and excavating new cultural histories, to render what has become so familiar – Horror on television – unfamiliar yet again.

‘And now the streaming starts! In recent years the Horror genre has come into its own, finally unfettered, in the televisual landscape. In this fascinating study, noted academics explore that landscape in forensic detail as the old broadcaster prejudices fall away and cultural borders are broken down, creating new, international relevance for the bloody, the bold and the terrifying.’
-Stephen Volk, creator/writer of TV’s Ghostwatch and Afterlife, author of Coffinmaker’s Blues: Collected Writings on Terror

‘This timely new collection, truly global in its scope, gets to grips with the exponential spread of Horror across a wide variety of channels, national television networks and platforms. The recently-held belief in the incompatibility of Horror and television seems hard to imagine now, which is precisely why this collection of essays is so necessary. Abbott and Jowett’s introduction to the book is written with their characteristic clarity, and they have collected here the work of both senior figures from Horror Studies and many of the field’s most exciting new scholars.’
-Professor Helen Wheatley, University of Warwick

Lorna Jowett, Reader in Television Studies at the University of Northampton, is author of Dancing With the Doctor, Sex and the Slayer, and co-author of TV Horror. 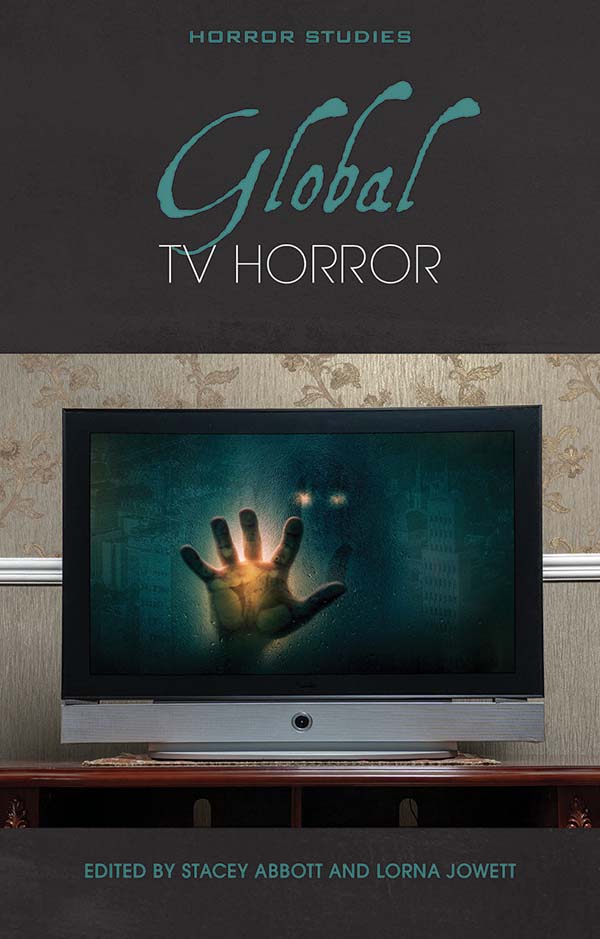