This book is based on more than a hundred letters sent home by three Swansea brothers during the First World War, almost all of which relate to the period 1916–18 when Richard, Gabriel and Ivor Eustis were serving in different theatres. The run of letters written to different members of the family allow us to build a picture of what the brothers thought about a range of different issues as the war was being waged, and of how their beliefs and ideas evolved as situations changed. In common with other soldiers’ letters to their families, information on the battles fought is scarce – they are rather concerned with keeping the family bonds strong during the men’s absence. The dynamics of the family are revealed in letters full of sibling rivalry and affection.

‘This fascinating and valuable collection of letters is a rich historical resource. What is particularly useful and attractive is how it provides a view of the Great War from the perspective of the soldier – and one, moreover, which places that experience within a wider social context. The letters add a valuable element of personal colour, to be sure, but they also reveal a deeper reality behind the conflict and take us beyond the familiar themes of trench warfare and the Western Front to embrace the war more generally.’
-Paul Brendan O’Leary, Sir John Williams, Professor of Welsh History, Aberystwyth University 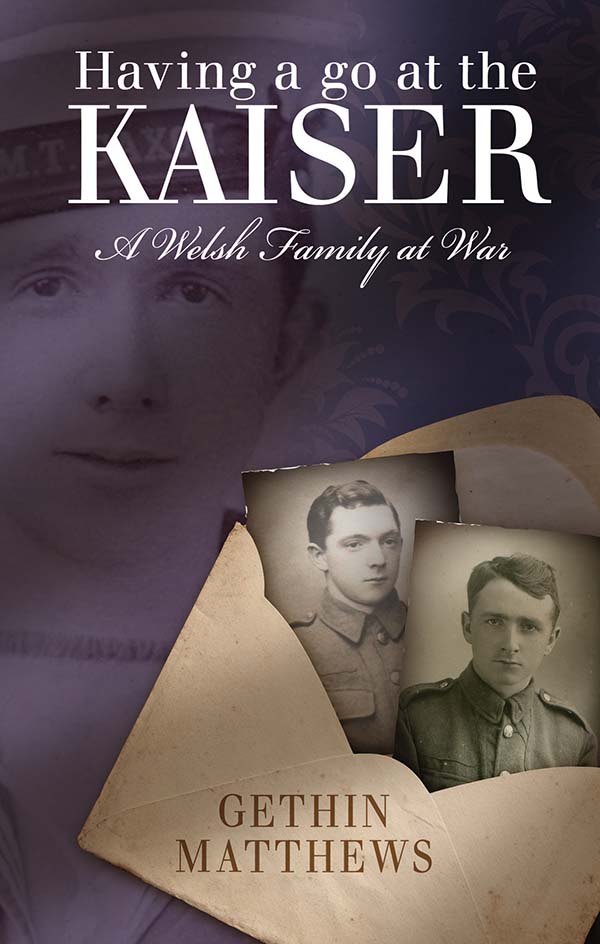