This is the first biography to foreground the importance of Hester Lynch Piozzi’s Welsh heritage throughout her long life. Born in an obscure Caernarvonshire plwyf, the salonnière of Streatham was finally laid to rest in Tremeirchion church in the Vale of Clwyd. It has been observed how infrequently eighteenth-century Welsh writers long resident in England continued to identify strongly with their homeland, but Hester was mortified at the failure of her brewer husband Henry Thrale, and of her mentor Dr Samuel Johnson, to appreciate the beauties of Wales. Her second husband, however, musician Gabriel Piozzi, was so enamoured that he proposed residing there. A newly-found confidence inspired Hester to write in middle-age, and her daringly personal biography (1786) and edition of Johnson’s letters (1788) were runaway bestsellers. Her travel book (1789), recounting her love affair with her husband’s homeland in Italy, whose landscape reminded her so much of Wales, engaged the reader for the first time as an intimate acquaintance.

‘This is an eminently readable compact biography of a particularly colourful late eighteenth-century personality. Each of the various phases of Hester Salusbury/Thrale/Piozzi’s life is presented in detail, with full academic citations and a sustained attempt at providing the social and historical contexts of her changing times. As such, the book constitutes a welcome addition to the Writers of Wales series, and one which is likely to prove a useful resource for students and interested lay readers alike.’
-Emeritus Professor Jane Aaron, University of South Wales

Michael John Franklin is Professor of English at Swansea University. 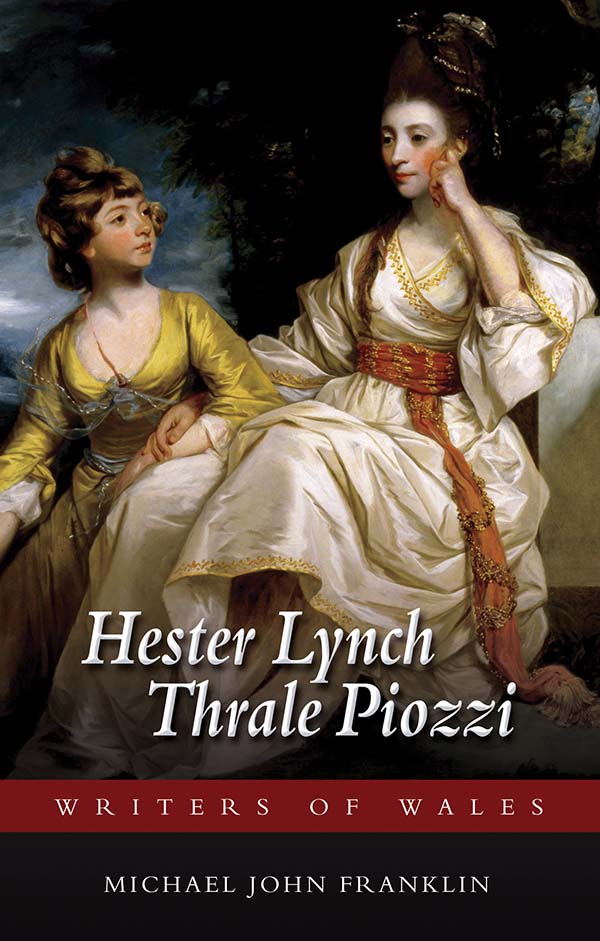