In a uniquely dualistic creative career spanning five decades, John Ormond made major contributions to both English-language poetry and documentary filmmaking. Born in Swansea, he learned to ‘think in terms of pictures’ while working as a journalist in London, where he secured a job at the celebrated photojournalist magazine Picture Post. Employed later by the BBC in Cardiff during the early days of television, Ormond went on to become a pioneer in documentary film. This book is the first in-depth examination of the fascinating correspondences between Ormond’s twin creative channels; viewing his work against the backdrop of a changing Wales, it constitutes an important case study in the history of documentary filmmaking, in the history of British television, and in the cultural history of Wales.

‘Kieron Smith has written a truly pioneering book: a deeply researched analytical study of the work for television made by John Ormond, Wales’s greatest twentieth-century documentary filmmaker. Smith’s key argument is that Ormond’s sensibilities as a poet of considerable prowess informed the shape and the content of his disparate films through a creative duality rooted in the social and cultural context of post-1945 Wales. Nuanced, insightful, formidably scholarly and elegantly composed, John Ormond’s Organic Mosaic is an outstanding triumph.’
- Professor Dai Smith

‘John Ormond was a maker of the first order, and in Kieron Smith he has found a critic able to bring out the uniqueness of his work and the interconnectedness of its parts. Smith has the critical range to do justice to Ormond's achievement across its various forms, and he writes with precision and eloquence about an artist for whom the aesthetic and the social were mutually-enriching. This book is a major contribution to the study of Welsh writing in English.’
-Professor Patrick McGuinness, University of Oxford

'John Ormond’s Organic Mosaic is a timely book as it serves to remind us of the considerable contribution of a fine poet and poetic film-maker to Welsh culture, at a time when programmes about a country were also important in shaping a nation’s sense of itself, as well as informing the rest of Britain of our existence.'
- Jon Gower, Nation Cymru

Kieron Smith is a writer and researcher whose work focuses on the English-language literature and culture of Wales. 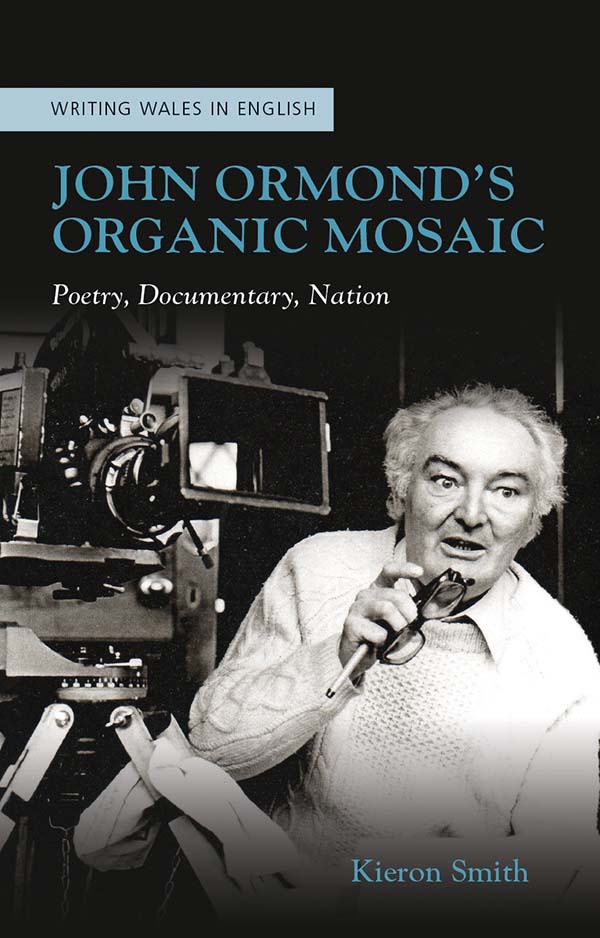