This is the first book-length treatment of the ‘turncoat’ John Poyer, the man who initiated the Second Civil War through his rebellion in south Wales in 1648. The volume charts Poyer’s rise from a humble glover in Pembroke to become parliament’s most significant supporter in Wales during the First Civil War (1642–6), and argues that he was a more complex and significant individual than most commentators have realised. Poyer’s involvement in the poisonous factional politics of the post-war period (1646–8) is examined, and newly discovered material demonstrates how his career offers fresh insights into the relationship between national and local politics in the 1640s, the use of print and publicity by provincial interest groups, and the importance of local factionalism in understanding the course of the civil war in south Wales. The volume also offers a substantial analysis of Poyer’s posthumous reputation after his execution by firing squad in April 1649.

‘This is a brilliant book, which not only transforms our view of the “turncoat” John Poyer, but also provides one of the most vivid, well-informed and sophisticated accounts ever written of the seventeenth-century civil wars in Wales.’
-Professor Mark Stoyle, University of Southampton

‘This exhilarating read challenges previous representations of Poyer, offering a first glimpse of the man on his own terms rather than through the eyes of his enemies. In doing so, the author illuminates the factional politics within the parliamentary cause in superb depth and with great sensitivity to the local context.’
-Professor Andrew Hopper, Centre for English Local History, University of Leicester

'It is written in such an accessible, fast moving way... fascinating story'. Listen to Lloyd Bowen discuss his book here https://newbooksnetwork.com/lloyd-bowen-john-poyer-the-civil-wars-in-pembrokeshire-and-the-british-revolutions-u-wales-press-2021

‘Poyer rebelled against the parliament which had been victorious in the first civil war (1642-6) and his actions helped to initiate a series of uprisings and provincial revolts which, along with the invasion of the Scottish Covenanters in the summer of 1648, are collectively known as ‘The Second Civil War’. But Poyer also had a fascinating history before April 1648 which can help us better understand his motivations and actions during that tumultuous spring and summer.’
-Read an extract of John Poyer, the Civil Wars in Pembrokeshire and the British Revolutions in the Booklaunch on page 5 https://bit.ly/3akxSmt

'This is a great book that attempts a very close review of the evidence (and lack thereof ) about one particular byline that has been neglected by earlier scholars as a major player in the propaganda wars behind the Civil Wars. Thus, it is a good book for all types of libraries to purchase, and it should serve as a curious supplementary textbook for graduate and undergraduate classes covering this period in British history and literature.'
- Review in Pennsylvania Literary Journal: Spring 2021, page 17. Read the full review here https://www.amazon.com/dp/B095MGQNQB 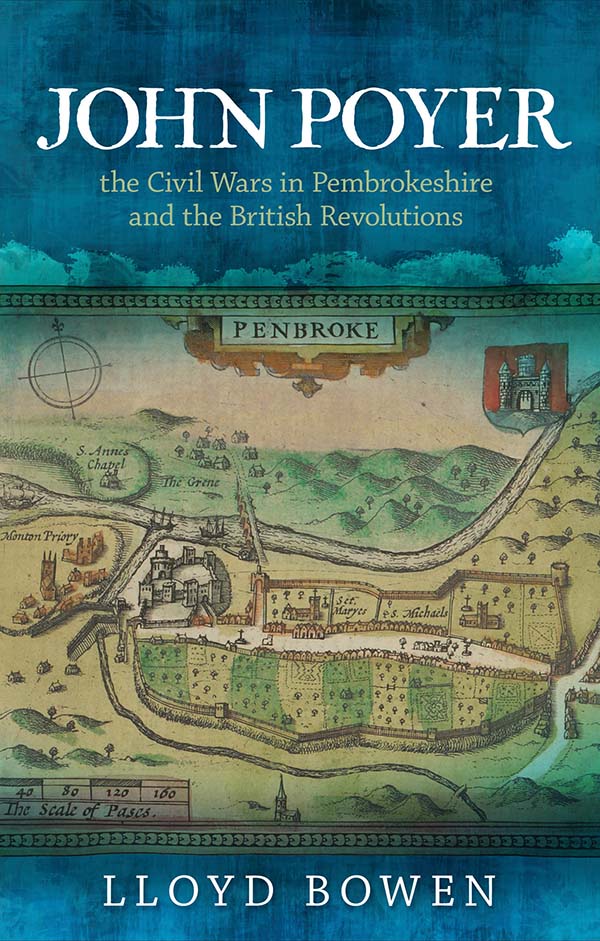