Born in the village of Llangeinor, near Bridgend in south Wales, Richard Price (1723–91) was, to his contemporaries, an apostle of liberty, an enemy to tyranny and a great benefactor of the human race. His friend Benjamin Franklin described aspects of his work as ‘the foremost production of human understanding that this century has afforded us’. A supporter of the American and French Revolutions, Price corresponded with the likes of Jefferson, Adams, Washington, Mirabeau and Condorcet. In November 1789 he publicly welcomed the start of the French Revolution and thus inspired not only Edmund Burke to write his rebuttal in Reflections on the Revolution in France, but also the Revolution Controversy, ‘the most crucial ideological debate ever carried on in English’. Price also brought to world attention the Bayes-Price Theorem on probability, which is the invisible background to so much in modern life, and wrote a fundamental text on moral philosophy. Yet, despite all this and more, he remains little-known beyond academia, a situation that this biography helps to rectify. Liberty’s Apostle tells his life story through his published works and, fully for the first time, his now published correspondence with a host of eighteenth century celebrities. The life revealed is of a truly remarkable Welshman and, as Condorcet remarked, of ‘one of the formative minds’ of the eighteenth century Enlightenment.

‘A much-admired and dedicated Dissenting minister, Richard Price was also a great thinker, a prolific author and a friend and correspondent to some of the greatest intellectuals and leading politicians of his day. He published impressive and influential works in a wide range of subjects: religion, moral philosophy, mathematics, finance and politics in particular. Making excellent use of Price’s numerous publications, private journal and extensive correspondence, Paul Frame has written an intelligent, attractive, accessible and well-informed biography covering the private life and public career of this very great Welshman. His study deserves to be read by all those interested in the European Enlightenment, the Age of the American and French Revolutions, and the Atlantic world of the eighteenth century.’
–Harry T. Dickinson, Emeritus Professor of History, University of Edinburgh

Introduction: Rediscovering Richard Price
1 A Background of Dissent
2 A London Life
3 The Virtues of Virtue
4 The Equitable Life
5 Science and Society
6 Freedoms Denied
7 Price, Franklin and the Honest Whigs
8 On a Perilous Edge
9 Revolution In America
10 Reaction at Home and Abroad
11 Reform and Contribution at Home
12 Peace with America
13 Advising Ireland, Scotland and America
14 Pitt and the Sinking Fund
15 The Watershed Years
16 Revolution in France
17 On the Love of Our Country
18 Burke and his Reflections
19 The Close

Paul Frame is a self-employed geological consultant and researcher in Enlightenment and Welsh Enlightenment history. He is an Honorary Fellow of the Centre for Advanced Welsh and Celtic Studies in Aberystwyth. 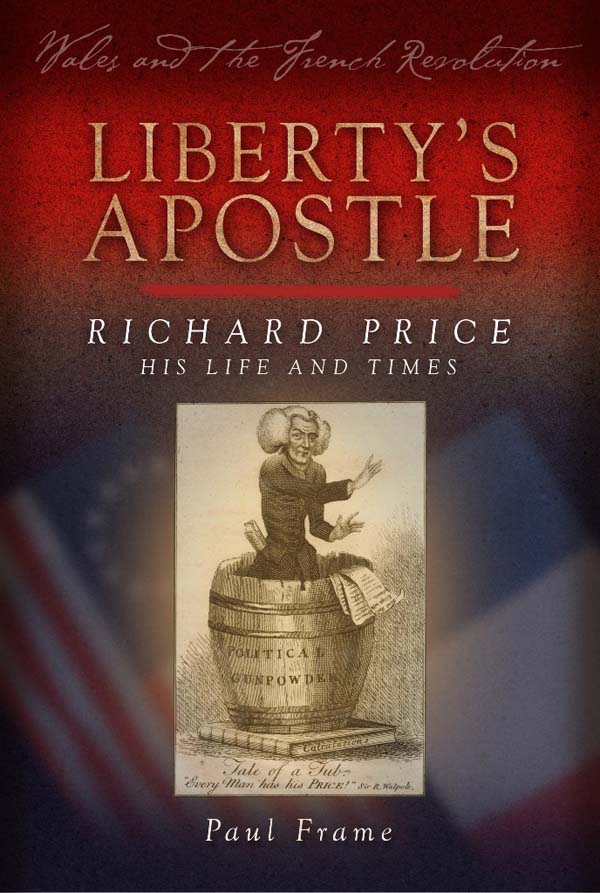