Lynette Roberts is an extraordinary modernist poet and novelist, with her vivid imagery and restless experimentalism. Her writing displays a kind of double longing – for Wales, and for the Argentina she left behind. Her poetry constantly moves between the colours, mythologies and landscapes of the two countries and, in so doing, poses a series of important questions: where, and what, is home? How do we inhabit a particular time and place? This volume of essays brings together for the first time some of the most important research on Roberts’s work that has emerged since the landmark republication of her Collected Poems in 2005. Written by a range of prominent scholars, writers and poets, each essay strives in some way to ‘place’ Roberts, analysing the environments to which her writing responds and teasing out the interwoven skeins of her national, cultural and political affiliations. Together, they pinpoint key concerns in Roberts’s elusive, haunting work, and define her original contribution to twentieth-century literary culture.

‘Siriol McAvoy has assembled essays of impressive range and depth, admirably locating Lynette Roberts’s remarkable body of writing within the contexts of Welsh writing in English, war poetry, international modernism and women’s literature. This collection should be widely read and discussed, for it underlines the continuing and compelling relevance of this Argentine-born and Welsh-identifying poet to our understanding of the intersections between the particular and universal, national and transnational impulses within modernist literature.’
-Professor Daniel G. Williams, Swansea University

Siriol McAvoy is Honorary Research Fellow at CREW, Swansea University. A writer and researcher specialising in Anglophone Welsh writing and women’s modernisms, she completed her doctoral research on Lynette Roberts and Virginia Woolf at Cardiff University (2016); she is currently co-director of MONC (Modernist Network Cymru). 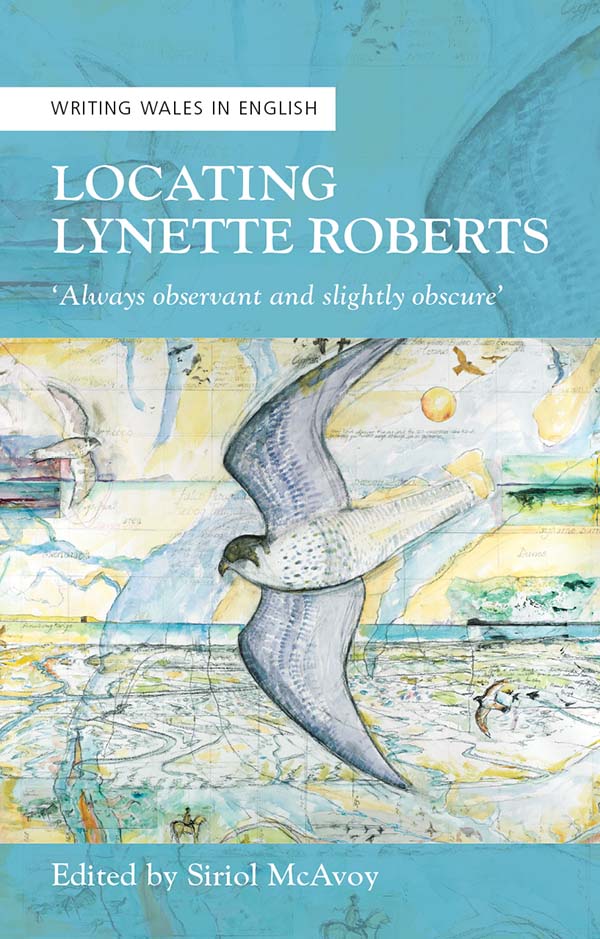