In recent years, there has been an explosion of writing on the topic of human dignity across a plethora of different academic disciplines. Despite this explosion of interest, there is one group – critical legal scholars – that has devoted little if any attention to human dignity. This book argues that these scholars should attend to human dignity, a concept rich enough to support a whole range of progressive ambitions, particularly in the field of international law. It synthesizes certain liberal arguments about the good of self-authorship with the critical legal philosophy of Roberto Unger and the capabilities approach to agency of Amartya Sen, to formulate a unique conception of human dignity. The author argues how human dignity flows from an individual’s capacity for self-authorship as defined by the set of expressive capabilities s/he possesses, and the book demonstrates how this conception can enrich our understanding of international human rights law by making the amplification of human dignity its fundamental orientation.

‘In this challenging and original work, Matthew McManus explores the unrealized potential of dignity. In pushing back on critical legal traditions where law serves as a tool of the oppressor, McManus endeavours to reimagine law as emancipatory and transformative. He reorients the international human rights project and demonstrates “how it could be used to establish a world in which human dignity was more broadly respected”. At a time of social anxiety and global uncertainty, Making Human Dignity Central to International Human Rights Law is a welcome contribution to the field.’
Dr Kathleen Cavanaugh, ICHR, National University of Ireland (Galway)

‘At a time when much of the post-war human rights project seems to be foundering on so many fronts, Matthew McManus offers us a timely and bold recasting of that project. Both analytically sophisticated and profoundly readable, this book makes a forceful case for placing a retooled concept of human dignity at the very heart of international human rights. It is an important and timely intervention that marks an original and compelling contribution to critical legal scholarship. It deserves to be widely read.’
Dr Trevor Purvis, Carleton University

Matthew McManus is Professor of Politics and International Relations at the University of Tec de Monterrey. 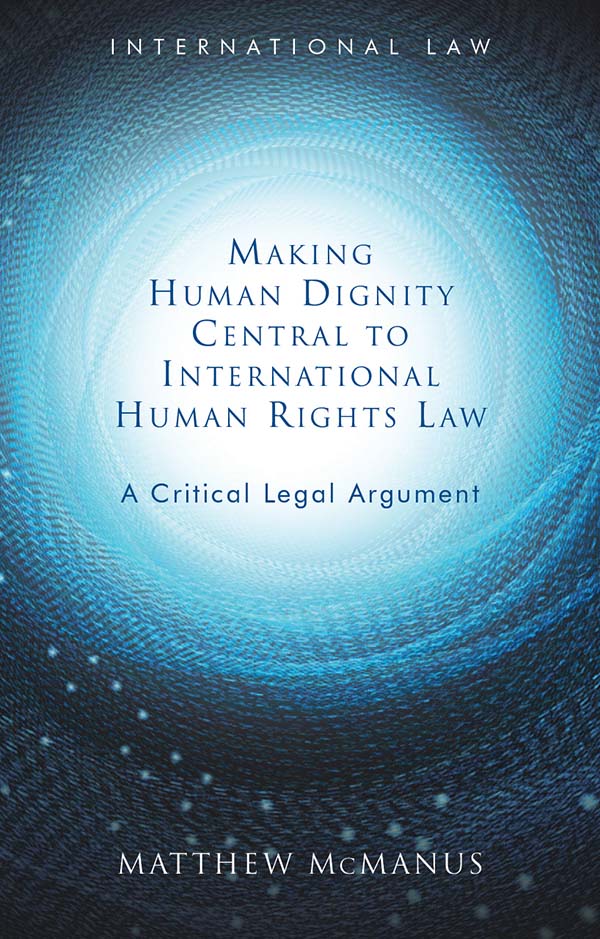