This literary investigation of identity construction in twentieth-century Welsh Patagonia breaks new ground by looking at the Welsh community in Chubut not as a quaint anomaly, but in its context as an integral part of Argentina. Its focus is on historicising and problematising the adoption of the so-called ‘Welsh feat’ as foundational narrative for Chubut and its settler colonial implications in the larger settler colonial formation that is Argentina, where indigenous re-emergence seems to be leading the way towards real pluralism. Exploring the understudied period immediately preceding the celebrated turn-of-the-century revitalisation, Memoir and Identity in Welsh Patagonia presents four memoirs written in Welsh and Spanish by Welsh Patagonian descendants, read against the grain to foreground the tensions, dissonances and ambivalences emerging from the individual narratives. The study then probes the romanticised stereotype of the Welsh descendant so prevalent in media representations, in order to describe a broader, richer panorama of what it means to be a Welsh descendant in Patagonia in a modern Argentine context.

‘This fascinating study approaches the over-familiar, frequently romanticised, story of Welsh settlement in Patagonia from an entirely new and strikingly revealing angle. It draws on fresh evidence – in the form of personal memoirs spanning the century and a half since the “founding” moment – to track the complex politico-cultural process of negotiating identity as between Wales and Argentina that has preoccupied families of Welsh descent. The result is a sympathetic but hard-headed study of the different stages in the slow but inexorable process of accommodation to Argentinean “national” norms.’

‘Geraldine Lublin is quite remarkable in being trilingual and perfectly literate in three languages. Her book is probably the best to date on the Patagonian Welsh … and Memoir and Identity is also one of the outstanding works on ethnic communities throughout Latin America, impressive for its depth, range and originality. Lublin analyses autobiography cross-generationally with admirable skill, revealing wide knowledge of theoretical works on ethnicity.’

‘An absorbing, innovative and richly nuanced study of identity construction as Welsh and as Argentinian in twentieth century Patagonia, as revealed in four Welsh Patagonian memoirs. This book will be essential reading for anyone interested in Welsh experiences overseas and, more widely, in how settler descendants in plural societies negotiate their multiple identities.’

Geraldine Lublin completed her PhD at the School of Welsh, Cardiff University, before being appointed Lecturer in Spanish at Swansea University. 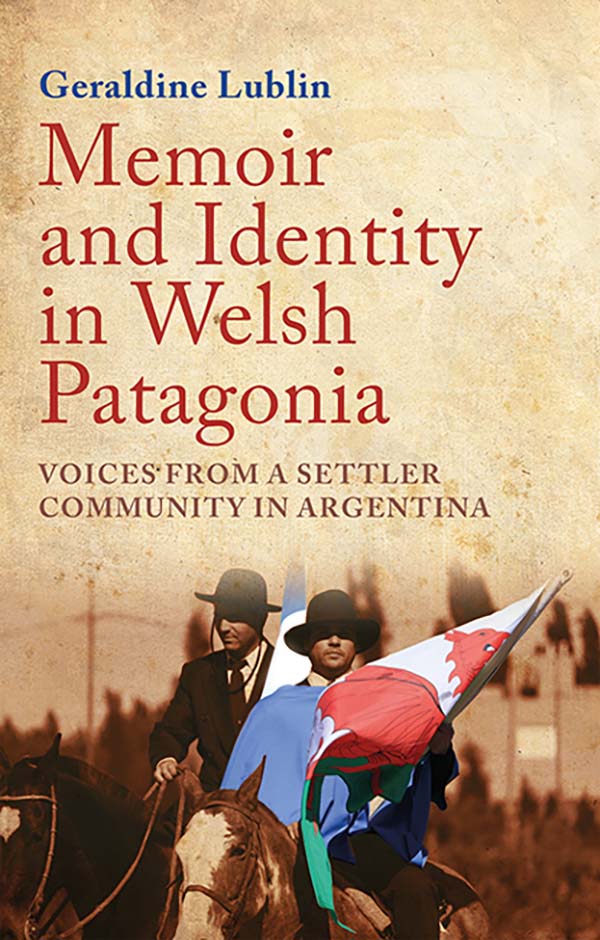