Paulo Emílio Salles Gomes (1916–77) is revered in Brazil as the first ardent defender, promoter and theorist of Brazilian cinema. A film professor, critic and historian, his dedication to cinema shaped a generation of influential film critics in his home country, and set the foundations for the serious study of film in Brazil. For the first time in English, this book brings together a selection of his essays for an English-speaking audience, with detailed explanatory introductions to each section for readers unfamiliar with the context of the writings of Salles Gomes.
By blending together ruminations on global and national cinema, as well as avant-garde film and popular movies, the collection shows how the defence and promotion of a national cinema has been forged through dialogues with international trends, informed by commercial influences, and shaped by global and national political contexts. The book thus introduces readers to the international dimensions of Salles Gomes’s engagements with film, and in doing so reassesses the locatedness of his formulations on national cinema and signals their international dimensions.

‘This well-devised and impeccably structured collection by two of Britain’s finest film scholars will allow English readers for the first time to savour the brilliant film criticism by the enormously influential and prolific writer, Paulo Emílio Salles Gomes. Until now, Salles Gomes was known outside his native Brazil for his pioneering book on Jean Vigo, but this collection will open up his visionary criticism of Hollywood, world cinema and Brazilian cinema.’
-Professor Lúcia Nagib, University of Reading

Maite Conde is University Lecturer in Brazilian Culture at the University of Cambridge, and Fellow of Jesus College, Cambridge. She is the author of a book on early Brazilian cinema, Consuming Vision. Cinema, Writing and Modernity in Rio de Janeiro (2012), and has translated essays on Brazilian cinema and literature for peer reviewed journals and books.

Stephanie Dennison is Chair of Brazilian Studies at the University of Leeds. She was a founding member of the Centre for World Cinemas at Leeds, and currently leads an AHRC-funded research network entitled Soft Power cinema and the BRICS. 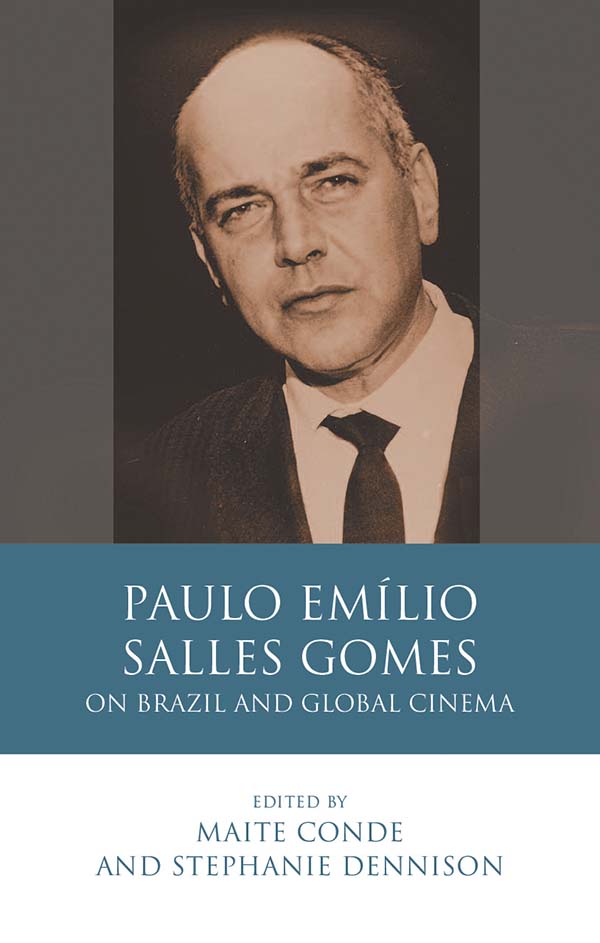