The first of two volumes on the social history of Wales in the period 1870–1948, People, Places and Passions concentrates on the social events and changes which created and forged Wales into the mid-twentieth century. This volume considers a range of social changes little considered elsewhere by studies in Welsh history, accounting for the role played by the people of Wales in times of war and the age of the British Empire, and in technological change and innovation, as they travelled the developing capitalist and consumerist world in search of fame and fortune.

‘With this fascinating and beautifully-written volume, Russell Davies has opened up new possibilities for the social history of modern Wales. Davies is concerned to approach this history, Annales-like, through the experiences of individuals. The result is an ambitious work that seeks to blend the unconventional with the conventional in a fresh, original assessment of political, educational, religious and cultural topics. He is to be lauded for his remarkable courage and industry in setting a new agenda, and for doing so with such style and flair.’
-Professor Chris Williams, Cardiff University

‘Russell Davies has lavished attention on some of the most neglected corners of the Welsh past – those seeking a familiar narrative of Wales and the Welsh should look away now. People, Places and Passions embraces complexity, contradiction and controversy at every turn in a detailed and highly readable study of a fascinating period in Welsh history.’
-Professor Louise Miskell, Swansea University

Contents
Prologue: Sources for a ‘sullen art’
Introduction: Private Lives: the individual and society
1 The structures of everyday life: endurance and endeavour
2 ‘Lead us into temptation’: consumerism, creativity and change
3 ‘Bonfire of the Vanities’: Ambition, Aspirations and Education.
4 ‘Ffair Wagedd’ - Vanity Fair: people, class and hierarchy
5 Hiraeth and Heartbreak - Wales and the World: curiosity, boldness and zest
6 ‘The Blood never dried’ - the Welsh in Empire: envy, greed and zeal
7 Ha! Ha! among the trumpets - a century of warfare : cowardice, courage and hatred
8 ‘Once more into the breach’: Wales and the Welsh go to war, again’: fear, terror and tragedy
L’Heure Bleue (The Blue Hour): a brief conclusion
Notes 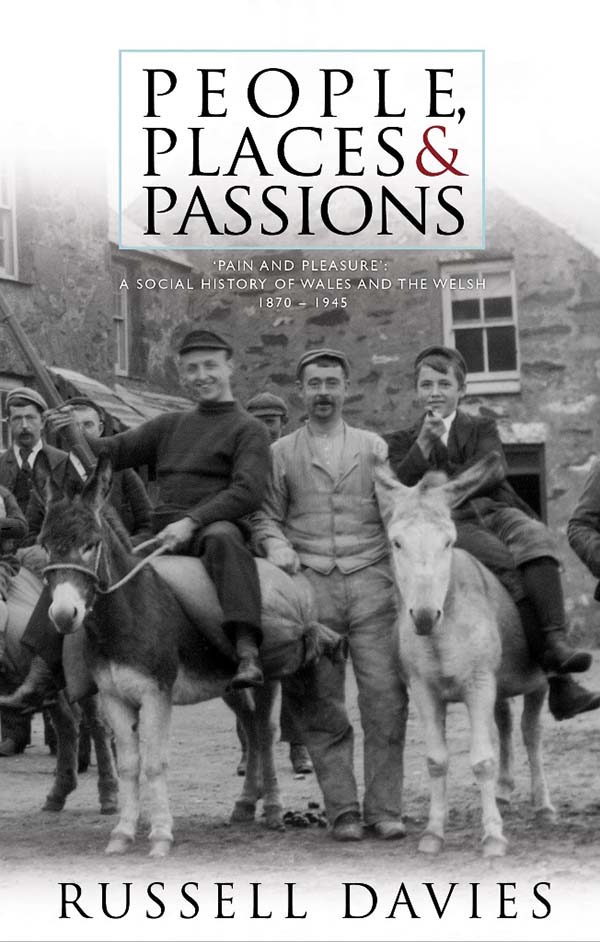