Pamphleteering was a vital component of the popular political discussion opened up by the French Revolution of 1789, but while the English pamphlet wars have been exhaustively explored, Welsh pamphlet literature has been ignored. During the fifteen years following the French Revolution of 1789, over 100 Welsh pamphlets and sermons engaged in a public discourse which discussed the larger issues raised by the Revolution and the war against the French Republic. This pioneering volume seeks to capture the excitement of the period by demonstrating how radicals and loyalists, Dissenters, Methodists and Churchmen, pacifists and warmongers engaged in a lively argument in their published works. An in-depth essay reviews and interprets texts written by artisans, Dissenting ministers, country curates and Anglican bishops, who all used religion as politics; promoted war or peace; argued over republicanism and loyalism, and utilized the law as a stage for political ideas. All texts are fully translated and thus made accessible to an English-speaking audience for the first time.

‘This selection of political pamphlets, originally written in Welsh, will be an indispensable volume for anyone attempting to study how the French revolution was understood in a British context, as opposed to the merely English context in which it has usually been approached. In her long, scholarly and persuasive introduction, Marion Löffler demonstrates that in fact the revolution was a matter of continual concern in the pamphlet-wars between dissenters and apologists for the established church. She offers a new and provocative reading of the political writings of Jac Glan-y-Gors, so often before regarded as merely an imitator of Thomas Paine; she argues that the issues that first surfaced into print in the French revolution debate remained crucial matters of controversy in Wales throughout the nineteenth century, and she proposes that the debate was vital to the development of political language and argument in Wales.’
–Professor John Barrell, Queen Mary University of London

‘This collection of Welsh language pamphlets is a major corrective to the view that there was little political and religious debate in Wales at the time of the French Revolution to match the ideological contestation that marked England and, at least until the repression of 1793–4, Scotland. By publishing these five pamphlets in their original form and in English translation, Marion Löffler’s volume opens up a new field for scholarship on the British enlightenment, the 1790s and the reaction to the “Revolution Controversy”, and her subtle, path-breaking introduction to the volume should be read by every scholar of the period.
–Professor Mark Philp, University of Warwick

Dr Marion Löffler is a Research Fellow at the University of Wales Centre for Advanced Welsh and Celtic Studies in Aberystwyth. 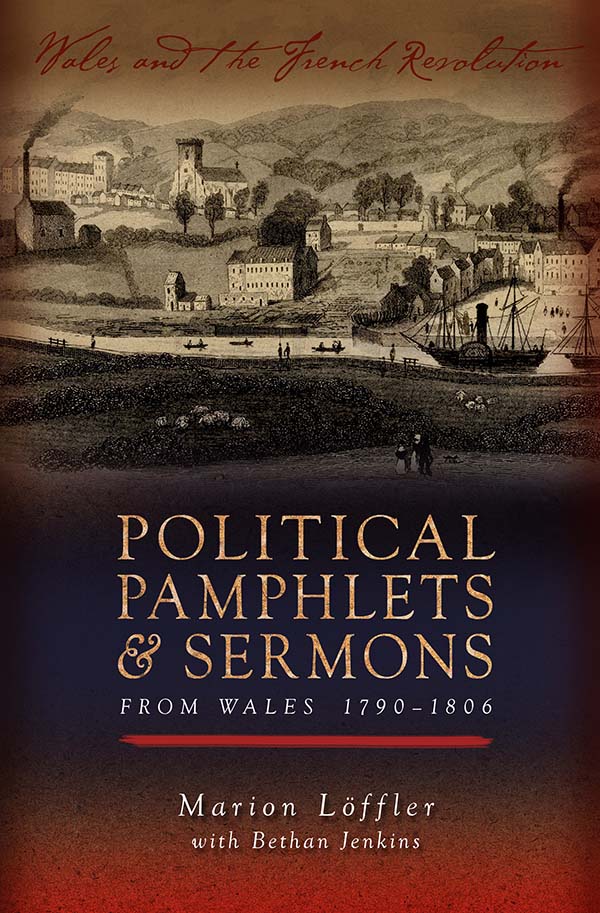