This is the first title in a new series of volumes examining different dimensions of the media and culture in small nations. Whether at a local, national or international level, radio has played and continues to play a key role in nurturing or denying - even destroying - people's sense of 'belonging' to a particular community, whether it be defined in terms of place, ethnicity, language or patterns of consumption. Typically, the radio has been used for purposes of propaganda and as a means of forging national identity both at home and also further afield in the case of colonial exploits. Drawing on examples of four models of, the chapters in this volume will provide an historical and contemporary overview of radio in a number of small nations. The authors propose a stimulating discussion on the role radio has played in a variety of nation contexts worldwide.

Richard J. Hand and Mary Traynor have produced a brilliant resource especially valuable to media educators who seek to facilitate a comprehensive view of global media that embraces radio. The authors of this extraordinary collection of original studies make a convincing case that radio diversity and accessibility is greater than ever. The in-depth chapters focus on the role of radio in small nations, including the Czech Republic, New Zealand, Wales, Scotland, Ireland, Laos, and Moldova. Central to the discussion is radio's impact on ethnic language groups, marginalized populations, community broadcasting, cultural identity, and the development of informed civil societies, especially in post-Communist and post-colonial democracies. Particularly informative are the twenty-two pages of cited works provided for student reading. This compelling text is a valuable pedagogical resource for all students of media and cultural studies. Frank Chorba, Founding Editor, Journal of Radio & Audio Media While radio can have global reach it is as effective at bringing people of a similar locale and culture together. 'Radio in Small Nations' articulates the distinctive way in which broadcasting can articulate a sense of place and people and shows how the same technology can be applied in so many different ways. This is a key contribution to the literature of radio studies, and it sets the context for ways in which we can imagine how a nation speaks unto itself. Tim Wall, Professor of Radio and Popular Music Studies at Birmingham City University, UK and editor of The Radio Journal: International Studies in Broadcast & Audio Media

Mary Traynor is Head of Learning and Teaching at Cardiff School of Creative and Cultural Industries, University of South Wales. 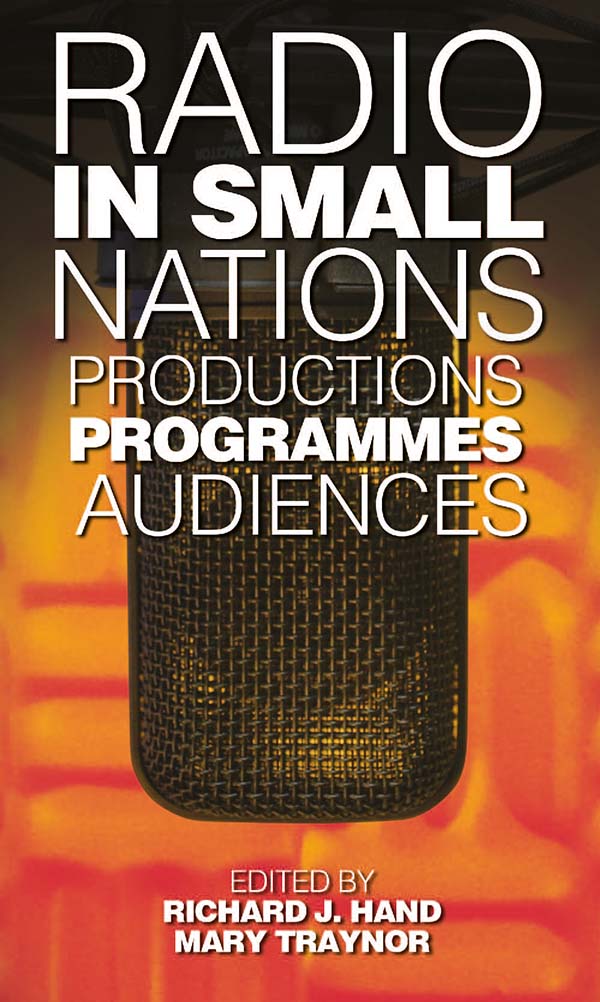