Series: Politics and Society in Wales

This book addresses the marked decline of religious practice and subsequent eclipse of the social significance of religious institutions in contemporary Wales from a sociological perspective. Throughout, the text is lively, lucid, well paced and is written to be accessible to non-specialists and church leaders as well as sociologists of religion. It breaks new ground in its combination of fieldwork and theory, redressing the tendency within British sociology of religion towards either over-generalized abstraction or under-theorized empirical description. Beginning with a wide-ranging and critical exploration of the main theoretical currents informing the idea of secularization, it then focuses on an account of social and religious change in Wales that incorporates a range of sociological factors relating to class, economy, community, social mobility, demography and cultural identity. Fieldwork interviews provide a compelling account of contemporary religious practice while offering a strong sense of the historical dimension of patterns of social and cultural change within Wales. Apart from its contribution to the sociology of religion, this book makes a significant contribution to the relatively new discipline of congregational studies. It is particularly useful in bringing a more nuanced understanding to notions such as ‘evangelical’ and questioning the myth of the comparative success of evangelical-charismatic religion in late-modern society. Questions of social class are dealt with directly and usefully as is the impact of social change on difference of outlook between the generations.

'Apart from the sociology of religion, as such, this book will make a most significant contribution to the emerging field of congregational studies in Great Britain. It is particularly useful in bringing to notions such as that of 'evangelical' a more discriminating sense of ethos, mood and purpose -all related to historical and theological backgrounds- than is often the case with grand statements about the comparative success of evangelical-charismatic religion.' Professor Douglas Davies, University of Durham 'The book is full of extremely helpful insights for all churches and church leaders...' Church Times "It should be compulsory reading for church leaders: local church leaders, for the objective picture it gives of what is happening in some local churches, and those leaders responsible for appointing clergy and ministers, to blow away preconceptions about which styles of ministry are likely to lead to the strengthening of local churches." Colin Hill, Implicit Religion: Journal of the Centre for the Study of Implicit Religion and Contemporary Spirituality

Dr Paul Chambers is currently a Senior Lecturer in the Department of Sociology, University of Glamorgan and he has been active since 1994 in research on various aspects of religion, civil society, identity, social networks and the nature of symbolic boundaries in Wales. 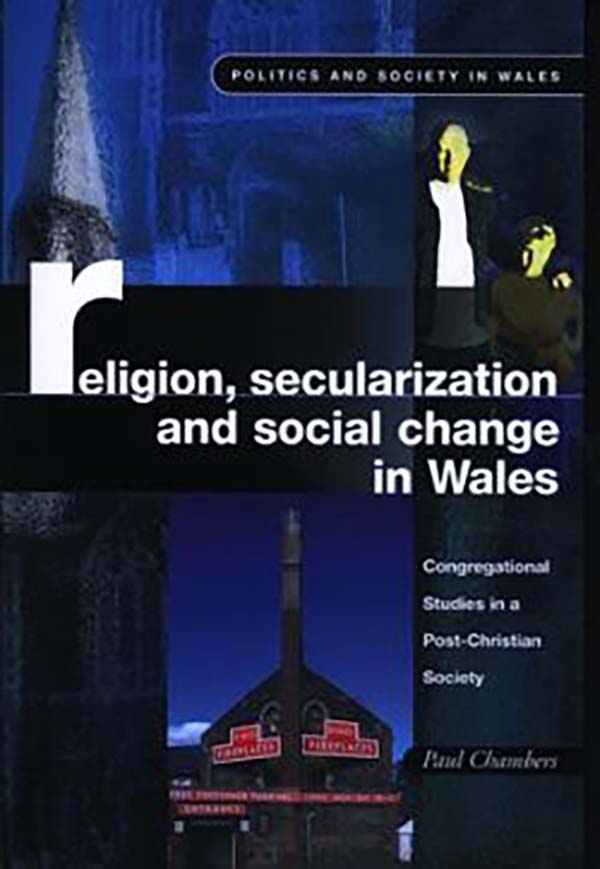