Seals and Society arises from a major project investigating seals and their use in medieval Wales, the Welsh March and neighbouring counties in England. The first major study of seals in the context of one part of medieval Western European society, the volume also offers a new perspective on the history of medieval Wales and its periphery by addressing a variety of themes in terms of the insight that seals can offer the historian. Though the present study suggests important regional distinctions in the take-up of seals in medieval Wales, it is also clear that seal usage increased from the later twelfth century and spread widely in Welsh society, especially in those parts of Wales neighbouring England or where there had been an early English incursion. Through a series of chapters, the authors examine the ways in which seals can shed light on the legal, administrative, social and economic history of the period in Wales and its border region. Seals provide unique insights into the choices individuals, men and women, made in representing themselves to the wider world, and this issue is examined closely. Supported by almost 100 images gathered by the project team, the volume is of great interest to those working on seals, their motifs, their use and developments in their usage over the high and later Middle Ages.

‘This volume breaks new ground by providing the most comprehensive survey so far of seals used to authenticate documents in medieval Wales and its borders with England. Drawing on research that has identified almost 2,500 seals, the authors show how close study of these artefacts, attentive both to their particular form and to the contexts in which they were used, can offer fresh perspectives on many aspects of the history of medieval Wales. The result is an important contribution to our understanding of the significance of seals in the Middle Ages.’
–Huw Pryce, Professor of Welsh History, Bangor University

‘This is a fine achievement. Emanating from the Seals in Medieval Wales project, it shines new light on all aspects of sigillographic study, from design and motifs, symbolism, iconography, fashion and production, to seal usage in terms of both law and administration (including the church) and expressions of personal and social identity. These four scholars, uniquely qualified for the task, have considerably advanced our knowledge of this subject and in doing so illuminated many aspects of the social history of Wales and the Marches.’
–Peter Coss, Emeritus Professor of Medieval History, Cardiff University 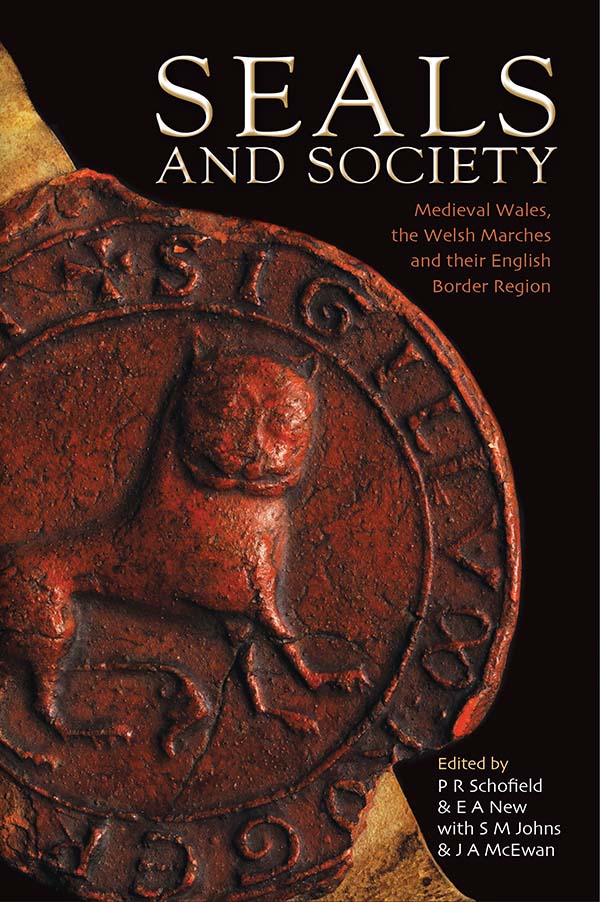