From The Long Walk to The Outsider, Stephen King’s output reflects the major political concerns of the previous fifty years. This book is the first sustained study of the complex ways in which King’s texts speak to their unique political moments. By exploring this aspect of the author’s popular works, readers might better understand the numerous crises that Americans currently face – the book surveys King’s corpus to address a wide range of issues, including the spread of neoliberalism, the Bush-Cheney doctrine, and the chaos of the populist present. Although the fiction outwardly declares itself to be anti-political (thus reflecting a widespread shift away from democracy in the aftermath of the 1960s), political energies persist just beneath the surface. Given the possibility of a political resurgence that haunts so many of his page-turners, Stephen King produces horror and hope in equal measure.

‘Stephen King and American Politics provides the key for unlocking the political importance of Stephen King’s fiction. Through Michael Blouin’s perceptive analysis, this ostensibly apolitical fiction becomes the site for a completely unforeseen form of fictional politics that embraces the impossibility of its aims. This groundbreaking new book shows the possibility for reconceiving the politics of aesthetics through attention to how King’s narratives deploy the variegations of desire.’
-Professor Todd McGowan, University of Vermont, author of Capitalism and Desire: The Psychic Cost of Free Markets

‘At a time when political partisanship has America in lockdown, Blouin argues the persistence of ambivalence in American culture – he conjures our usual demons, and shows us how they refuse to be exorcised. This book is required reading not just for Stephen King’s politics, but for the contemporary Gothic altogether.’
-Emeritus Professor Steven Bruhm, Western University

‘King studies has evolved into a field that grows ever more populated and sophisticated because of work by young scholars such as Blouin, who reminds us that over five decades Stephen King has become so much more than America’s horrormeister. With this book, Blouin enters into the highest echelon of King’s critical interpreters.’
-Professor Tony Magistrale, University of Vermont

1.Prelude: The (Im)possible Politics of Stephen King’s Fiction
2.The Bachman Books and America’s Death Drive
3.King’s Cars and the Grinding Gears of Post-Fordism
4.Firestarter; Or, the Smelting of a Neoliberal Subject
5.IT, Individualism, and the Idea of Community
6.Interlude: The Langoliers and the Political Event
7.Human Capital in Rose Madder
8.Under the Dome and the Deteriorating Demos
9.The Outsider and the Shifting Shapes of Trumpism
10. Postlude: Revolutions of The Stand

Michael J. Blouin is Associate Professor of English and Humanities at Milligan University. His recent publications include Stephen King and American History (2020), co-authored with Tony Magistrale. 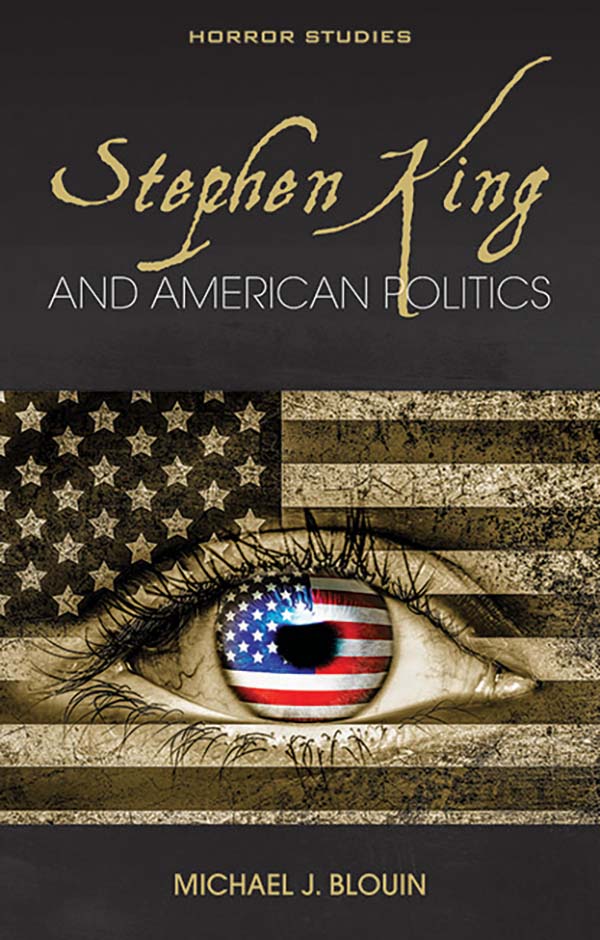