This book surveys the economy of Wales from the first Norman intrusions of 1067 to the Act of Union of England and Wales in 1536. Key themes include the evolution of the agrarian economy; the foundation and growth of towns; the adoption of a money economy; English colonisation and economic exploitation; the collapse of Welsh social structures and rise of economic individualism; the disastrous effect of the Glyndŵr rebellion; and, ultimately, the alignment of the Welsh economy to the English economy. Comprising four chapters, a narrative history is presented of the economic history of Wales, 1067–1536, and the final chapter tests the applicability in a Welsh context of the main theoretical frameworks that have been developed to explain long-term economic and social change in medieval Britain and Europe.

‘Matthew Stevens’s new book is a succinct, fresh and at times challenging review of economic life in Wales between the eleventh and the sixteenth century. It provides a valuable guide to the historiography of the past century, places the study of Wales’s economies in an international frame, and enables Stevens to bring his own research and judgements to bear.’
-Emeritus Professor Ralph Griffiths, Swansea University

‘Students and scholars alike will learn much from this valuable study of Welsh medieval social and economic history. In particular, the author emphasises the multiplicity of causes that brought about economic change in medieval Wales, and shows how such change was affected by factors including conquest, ethnicity and geography, which do not fit easily into the over-arching models by which historians have often made sense of medieval economic development.’
-Emeritus Professor Stephen H. Rigby, University of Manchester

‘Matthew Stevens has produced the first book-length survey of the economic development of medieval Wales. His comprehensive coverage, supported by many local examples, together with his challenging and sometimes controversial analyses of the evidence and the views of previous historians, will appeal to a wide readership.’
-Dr David Stephenson, Honorary Research Fellow in History at Bangor University

'Matthew Stevens’ compact survey volume offers up a much-needed analysis of the current state of knowledge on the medieval Welsh economy. The three main chapters focus on the narrative economic history of Wales. A strength of the study is its chronological range, as the volume works through the years of conquest in the late thirteenth century and goes up to the years of Tudor rule. Stevens’ hope that this volume will stimulate further research into the economic history of Wales will hopefully be realised, as this work is a readable and accessible volume which interprets the state of the field for those new to it, as well as providing a valuable guide for anyone working on medieval Wales.'
- Kathryn Hurlock, Archaeologia Cambrensis

'Until now, research on the economic history of Wales has applied interpretative models developed for England, constructing a narrative mainly by identifying similarities or differences between Wales and the better known English model. Reversing this perspective, Matthew Frank Stevens, an internationally acknowledged expert in the field of
medieval history, traces an economic history of Wales between 1067 and 1536 based exclusively on the data of that region (extrapolated from the available bibliography) and only then does he draw comparisons with the English experience.'
- Dario Internullo University of Roma Tre, THE JOURNAL OF EUROPEAN ECONOMIC HISTORY

This is an important and valuable book. Many works of economic history include the word ‘Wales’ in a sub title or index but relatively few have engaged with the relatively sparse sources and unfamiliar context (to most English historians) of the royal shires—the north and west—and Marcher lordships—the south and east—that characterise Wales after the conquests of Edward I. Fewer still have seriously examined the situation before the 1280s, when native rulers retained areas of Wales in their own right. Matthew Stevens’s book is a welcome contribution to a historiography that is uneven and often very old indeed. It is the first book to provide modern national coverage, drawing together local studies which have been framed geographically covering a long period—as in A.D. Carr’s Medieval Anglesey (2011)—or regionally—as in William Rees’s, South Wales and the March, 1284–1415: A Social and Agrarian Study (1924) or that were not obviously concerned with the nature of the Welsh economy at all, such as the introduction to Keith Williams Jones’s edition of the Merioneth Lay Subsidy Roll 1292–3 (1976).
- Dr Adam Chapman, read the full review here https://reviews.history.ac.uk/review/2422

'Wales was socially, geographically, and economically different from England, northern France, or the Low Countries, and what happened there may provide us with a better comparator for the future analysis of the economies of other small nations of medieval Europe.This may be a short book, but we should thankful for its brevity and clarity and acknowledge that it fills an important vacant space for students of the medieval English, Welsh, and West European economies.'
- Jim Bolton, Queen Mary University of London, Journal of British Studies

'It would be difficult to underestimate the significance of The Economy of Medieval Wales 1067- 1536. It is clearly written. It handles facts and ideas with equal skill. It marks new routes for anyone concerned with Wales between Norman conquest and Tudor assimilation. It is in the same thought-world as studies by the great Marc Bloch on French rural society, with its peasants and seigneurs and (unexpected) technological changes. Dr. Stevens’s paperback should be a powerful influence on anyone concerned with Wales in the Middle Ages.'
- Andrew Breeze, University of Navarre, Mediaevistik 33 (2020)

MATTHEW FRANK STEVENS is Senior Lecturer in History at Swansea University. His work is focused on the economic, legal and social history of later medieval Britain and Europe. 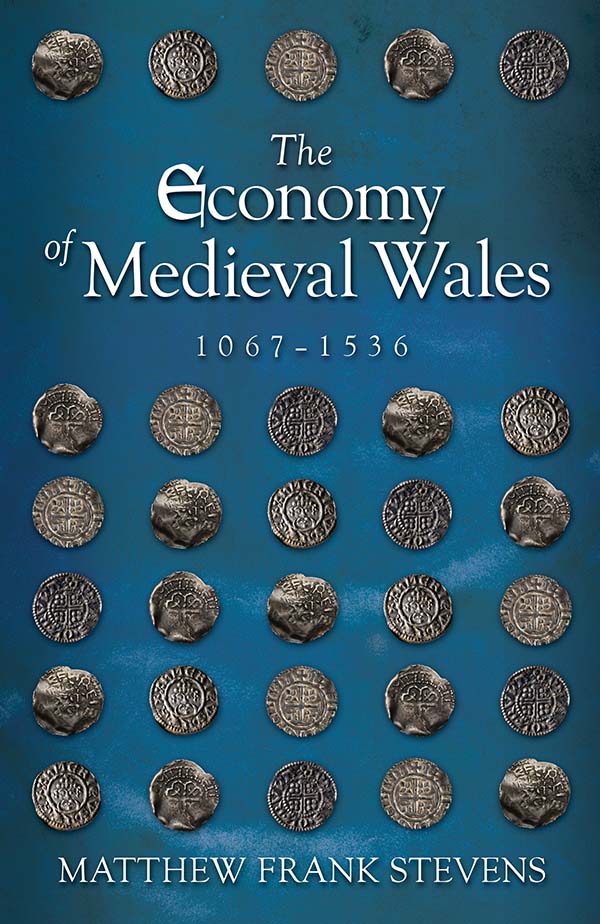