The Gothic Ideology argues that in order to modernize and secularize, the British Protestant imaginary needed an 'other' against which it could define itself as a culture and a nation with distinct boundaries. The 'Gothic ideology' is identified as an intense religious anxiety, produced by the aftershocks of the Protestant reformation, the Catholic Counter-Reformation, and the dynastic upheavals produced by both events in England, Germany, and France, and was played out in hundreds of Gothic texts published throughout Europe between the mid-eighteenth century and 1880. This book is the first to read the Gothic ideology through the historical context of both King Henry VIII's dissolution of the monasteries and the extensive French anti-clerical and pornographic works that were well-known to Horace Walpole and Matthew Lewis. The book argues that Gothic was thoroughly invested in a crude form of anti-Catholicism that fed lower class prejudices against the passage of a variety of Catholic Relief Acts that had been pending in Parliament since 1788 and finally passed in 1829.

Diane Long Hoeveler is Professor of English at Marquette University, Milwaukee, Wisconsin, where she has taught since 1987. She is author of Gothic Riffs: Secularizing the Uncanny in the European Imaginary, 1780–1820 (2010), which won the Allan Lloyd Smith memorial award from the International Gothic Association; Gothic Feminism (1998); and Romantic Androgyny (1990). 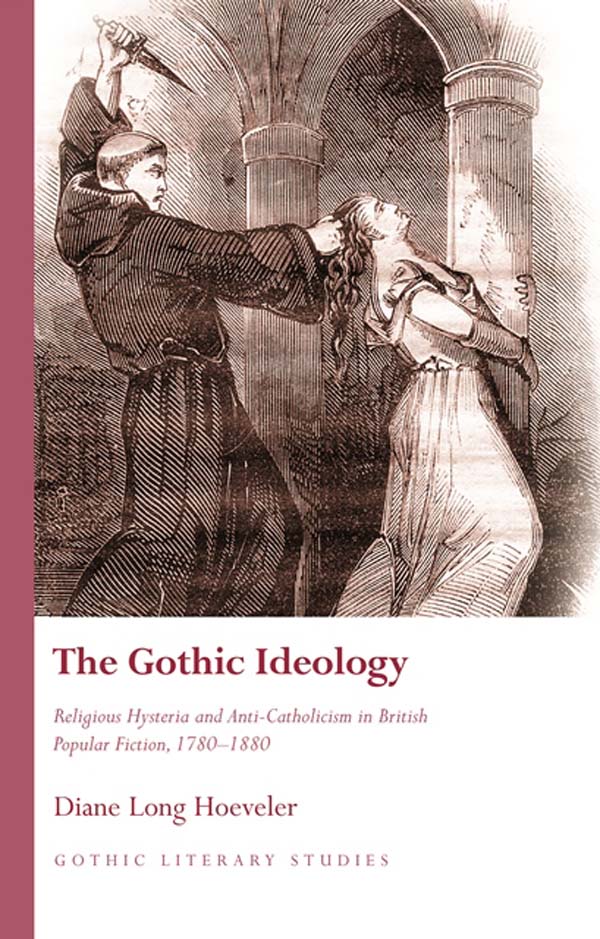