This new edition tells the story of the Merthyr Rising, the first move to independent political action by the ironstone miners and puddlers of William Crawshay II following the Reform Bill of 1831, tabled after many years of an unjust electoral system.On

2 June 1831, thousands of workers under a red flag broke into insurrection. The rebels drove the military out of the town and were crushed only after some 800 troops had concentrated at Merthyr. One man was hanged as an example: Richard Lewis, a miner of 23, known as Dic Penderyn. Today, Dic Penderyn is more alive than Richard Lewis ever was: as a martyr and folk hero, he has lived on in the memory of south Wales. The author examines in depth the reality and the mythology of that martyrdom; he tells the story of this remarkable year in detail and largely through the words of the people who bore witness. He argues that the events of 1831 in Merthyr were central to the emergence of a working class in south Wales: in that year its pre-history came to an end and its history began.

Gwyn A. Williams was Professor of History at the Universities of York and Cardiff. He died in 1995. 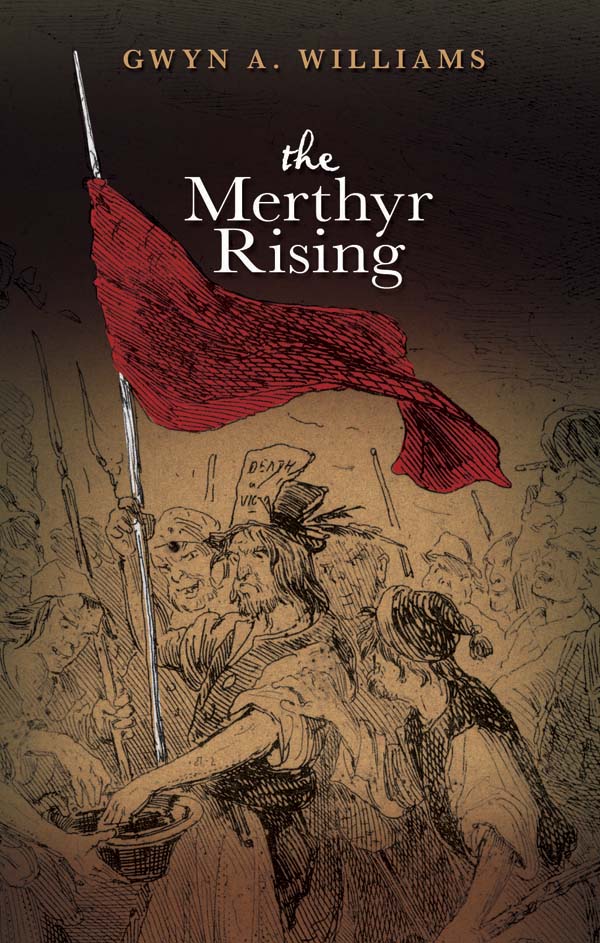