Kant’s moral and political philosophy has been important in developing ethical thinking in international relations. This study argues that his theory of the state is crucially important for understanding the moral agency of the state as it is discussed in contemporary debates. For Kant, it is argued that the state has not only duties but also, controversially, inalienable rights that ground its relationship to its citizens and to other states. Most importantly, the state – regardless of its governmental form or factual behaviour – has a right to exist as a state. The Kantian account provided, therefore, explores not only the moral agency but also the moral standing of the state, examining the status of different kinds of states in world politics and expectations towards their ethical behaviour. Every state has a moral standing that must be respected in a morally imperfect world gradually transforming towards the ideal condition of perpetual peace.

‘Vaha’s book offers a comprehensive Kantian theory of the moral personality of the state situated in the ongoing climate crisis that challenges widespread assumptions about Kant’s ideas of international right. Her in-depth critique of the exclusionary practices in the international society shows that the assertion of the superiority of liberal states is incompatible with a truly Kantian conception of the equal moral standing of all political communities.’
-Professor Macarena Marey, University of Buenos Aires

‘The author provides us with a valuable effort to address a key normative puzzle in international politics, what she labels the “Moral Standing Problem” in which states are assigned responsibilities without having any of the correlative rights associated with moral agency. Through a deep engagement with the practical philosophy of Immanuel Kant, Vaha provides a novel account of how we might conceptualise the state as a complete moral person with a right to exist, and illustrates the value of her account by addressing the question of the international community’s obligations arising from the potential physical extinction of low-lying insular states.’
-Dr Harry D. Gould, Florida International University

Note on references and translations
Introduction
Chapter One: The Moral Standing Problem in the study of world politics
Chapter Two: Kant and the metaethical conception of the state
Chapter Three: As to what relations among human beings and states ought to be
Chapter Four: Rights and duties of the state
Chapter Five: Order and justice in the world of imperfect states
Chapter Six: On contested continuity of states
Conclusions
Bibliography

Milla Emilia Vaha is a Lecturer of Politics and International Affairs, at the University of the South Pacific in the Fiji Islands. Her research concentrates on ethics of world politics, including climate justice and ethics of war. 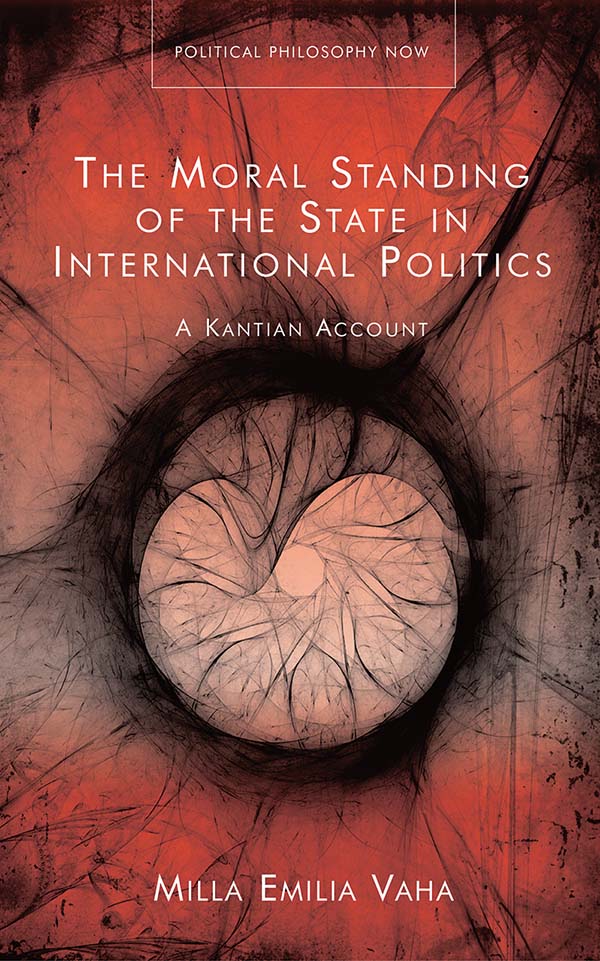