This study is the first thorough analysis of the extent of the opposition to the Great War in Wales, and is the most extensive study of the anti-war movement in any part of Britain. It is, therefore, a significant contribution to our understanding of people’s responses to the conflict, and the difficulty of mobilising the population for total war. The anti-war movement in Wales and beyond developed quickly from the initial shock of the declaration of war, to the civil disobedience of anti-war activists and the industrial discontent excited by the Russian Revolution and experienced in areas such as the south Wales coalfield in 1917. The differing responses to the war within Wales are explored in this book, which charts how the pacifist tradition of nineteenth-century Welsh Nonconformity was quickly overturned. The two main elements of the anti-war movement are analysed in depth: the pacifist religious opposition, the Fellowship of Reconciliation, and the Nonconformist dissidents who were particularly influential in north and west Wales; and the political opposition concentrated in the Independent Labour Party and among the radical left within the South Wales Miners’ Federation.

‘Drawing on a wide range of compelling evidence, this ground-breaking study of the political, religious and moral opposition to the war in Wales concludes that it was a coherent anti-war movement, with far-reaching consequences, not simply a series of discrete activities.’
-Professor Sir Deian Hopkin, chair of the Wales First World War Commemoration Committee

This book is a valuable contribution to the understanding of those who sacrificed so much to oppose the most horrific of conflicts and the communities from which they came. - Wayne David MP, Arts and Culture

'This significant and wide-ranging work will be of special interest to historians of pacifism and war resistance, but beyond that to those concerned with histories of the First World War and of the diverse communities of Wales itself.'
- The Welsh History Review, Hazel Kent, Bishop Grosseteste University, Lincoln 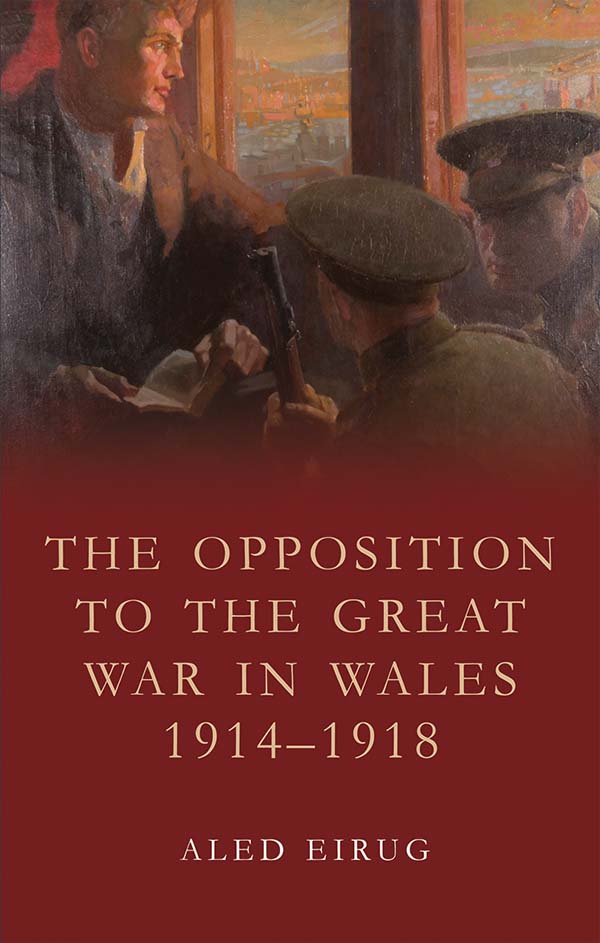