The Gypsy family of Abram Wood first arrived in Wales in the eighteenth century, a tawny-skinned people speaking a language close to Hindi and Sanskrit. Welsh society found their customs strange and sometimes unacceptable. The family included such colourful characters as Abram Wood himself, their chieftain, who always rode a pedigree horse but died in a cowshed on the slopes of Cader Idris; Silvaina, who was feared as a witch and who insisted that Robin her mule could understand every word of her Romani speech and Harry, who tried to emulate his idol Dick Turpin by riding a farm horse madly around a field. The Wood family, from Abram to the twentieth century, also provided Wales with many famous skilled harpists and fiddlers who performed Welsh music.

A.O.H. Jarman was a Welsh scholar and Professor of Welsh at University College, Cardiff until his retirement in 1979. 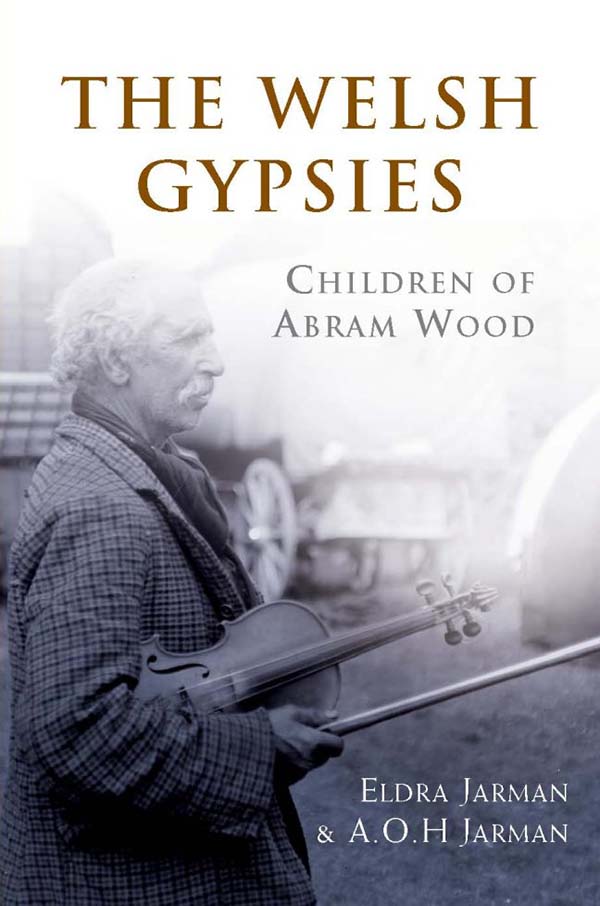