This research monograph is the first authoritative work on the office of the Welsh Language Commissioner and the associated Welsh language regulatory and statutory regime. In setting the Commissioner in context – in Wales, the UK and internationally – the work draws upon a rich variety of source material arising from fieldwork conducted in a number of jurisdictions. The research data includes, for example, an extensive series of documents obtained under a number of Freedom of Information applications, in-depth interviews with key actors from pertinent legislatures, governments, regulatory offices, interest groups and civic society. The linguistic coverage of source material includes English and Welsh, as well as, where relevant, Irish, German, Catalan, Spanish, French and Basque, in a publication which is multi-disciplinary in approach, engaging with the scholarly and professional literature in language policy and planning, socio-legal studies and the politics of language.

Professor Diarmait Mac Giolla Chríost was appointed Lecturer in the School of Welsh at Cardiff University in 2004. He is currently a Reader there and a member of the School's Research Unit on Language, Policy and Planning. He is a native of Ireland and an authority on linguistic minorities and language planning, and, in particular, the situation of the Irish language. 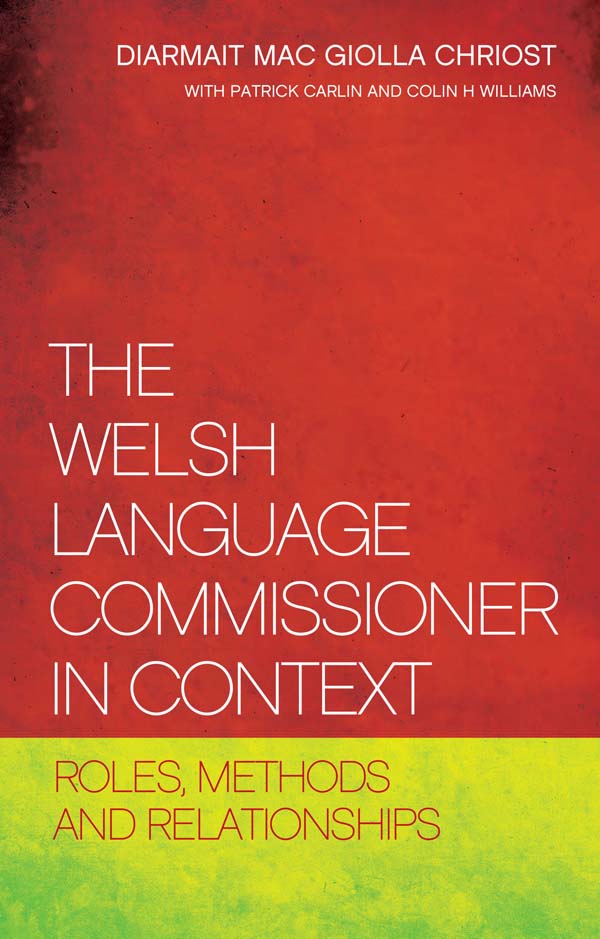