Rachel Bromwich’s magisterial edition of Trioedd Ynys Prydein has long won its place as a classic of Celtic studies. This revised edition shows the author’s continued mastery of the subject, including a new preface by Morfydd Owen, and will be essential reading for Celticists and for those interested in early British history and literature and in Arthurian studies. Early Welsh literature shows a predilection for classifying names, facts and precepts into triple groups, or triads. The Triads of the Isle of Britain form a series of texts which commemorate the names of traditional heroes and heroines, and which would have served as a catalogue of the names of these heroic figures. The names are grouped under various imprecise but complimentary epithets, which are often paralleled in the esoteric language of the medieval bards, who would have used the triads as an index of past history and legend. This edition is based on a full collation of the most important manuscripts, the earliest of which go back to the thirteenth century. The Welsh text is accompanied by English translations of each triad and extensive notes, and the volume includes four appendices, which are also an important source of personal names. The Introduction to the volume discusses the significance of Trioedd Ynys Prydein in the history of Welsh literature, and examines the traditional basis of the triads. 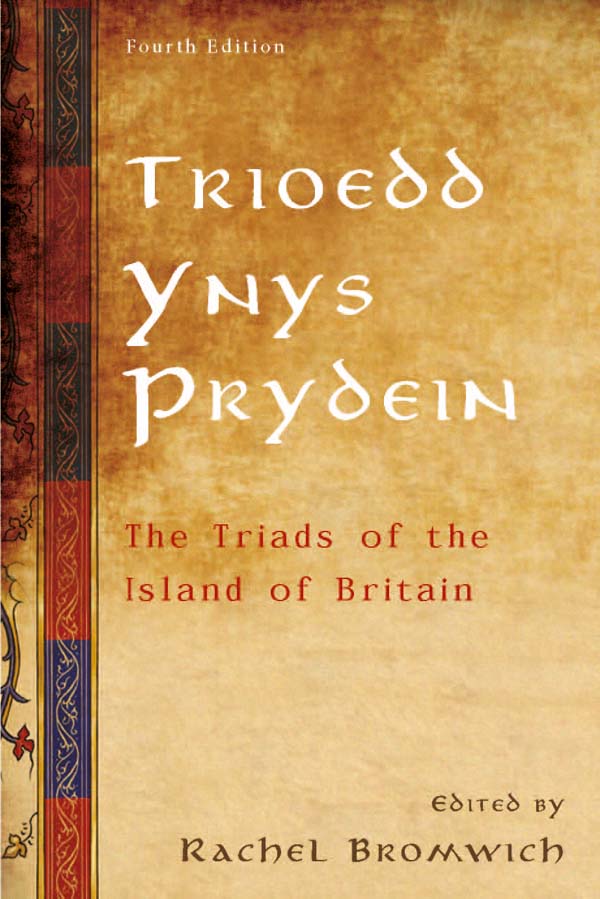