In Wales Unchained Daniel G. Williams explores how Welsh writers, politicians and intellectuals have defined themselves – and have been defined by others – since the early twentieth century. Whether by exploring ideas of race in the 1930s or reflecting on the metaphoric uses of boxing, asking what it means to inhabit the ‘American century’ or probing the linguistic bases of cultural identity, Williams writes with a rare blend of theoretical sophistication and accessible clarity. This book discusses Rhys Davies in relation to D. H. Lawrence, explores the simultaneous impact that Dylan Thomas and saxophonist Charlie Parker had on the Beat Generation in 1950s America, and juxtaposes the uses made of class and ethnicity in the thought of Aneurin Bevan and Paul Robeson. Transatlantic in scope and comparative in method, this book will engage readers interested in literature, politics, history and contemporary cultural debate.

‘Wales Unchained is an attractive, remarkably well-informed and well-argued collection by one of Wales’s leading scholars in cultural criticism. This book breaks genuine new ground in Welsh and transatlantic studies, both in its approaches and in the depth and detail of its research. While the individual essays draw on a rich variety of theoretical material, the book wears its theory lightly and deserves a readership well beyond the academic world. Anyone interested in the pasts and possible futures of ‘Welshness’ should read this book.’
–Professor Tony Brown, Bangor University

‘If James Joyce believed that “the best road to Tara is through Holyhead”, then Daniel G. Williams shows how some of the best roads to Holyhead ran through transatlantic culture. Bringing postcolonial theory, multiculturalism and a series of deep contextual readings to bear on questions of Welsh identity, Williams traces with considerable verve how transatlantic crossings cleared spaces where class and culture, Labourism and nationalism, could meet. In this two-way flow, the complexities of Wales, at once inside and outside metropolitan British culture, also open up roads not taken in contemporary debates, challenging many received critical pieties regarding nation, globalisation and cultural identity.’
–Professor Luke Gibbons, National University of Ireland, Maynooth

Daniel G. Williams is Professor of English and Director of the Richard Burton Centre for the Study of Wales at Swansea University. He is the author of Wales Unchained: Literature, Politics and Identity in the American Century (2015), Black Skin, Blue Books: African Americans and Wales (2012) and Ethnicity and Cultural Authority: from Arnold to Du Bois (2006). 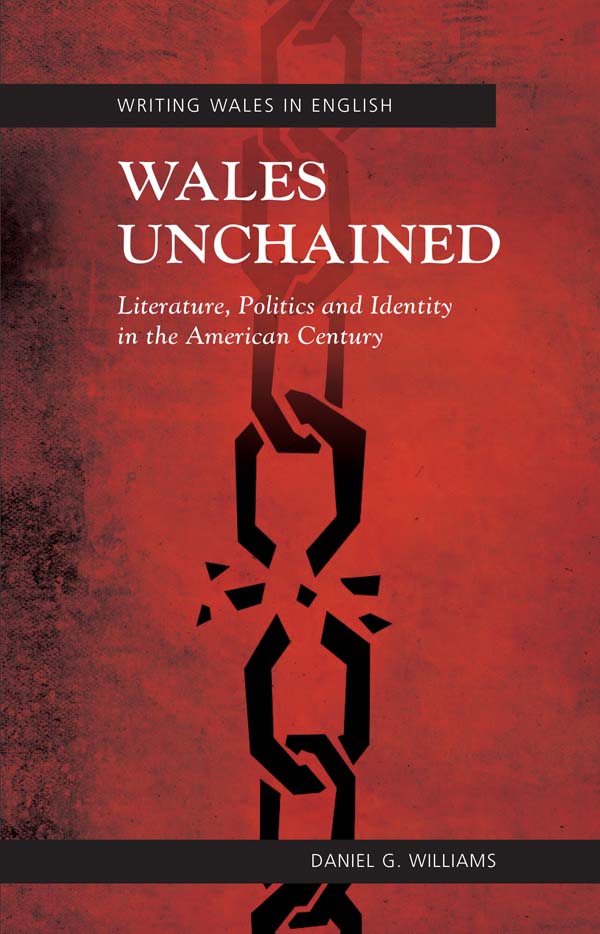