Welsh Periodicals in English celebrates the contribution of English-language periodicals to the careers of Welsh writers (from Lewis Morris to Owen Sheers) and to the practice of their editors (from Charles Wilkins (1882) to Emily Trahair (2012)). These periodicals have helped to create an active Anglophone public sphere in Wales and continue to stimulate discussion on a wide range of topics: tensions between tradition and continuity; the role of magazines in developing new writers; gender issues; relations with Welsh-language journals; the involvement of the periodicals in social and political issues, and their contribution to cultural developments in Wales. A detailed study of the design, content and editorial practice of the periodicals is illuminated by discussions with living editors, and the book concludes with a discussion on the strengths and weaknesses of contemporary productions and a comparison with their successful equivalents in Ireland.

Malcom Ballin is an independent researcher at Cardiff University. 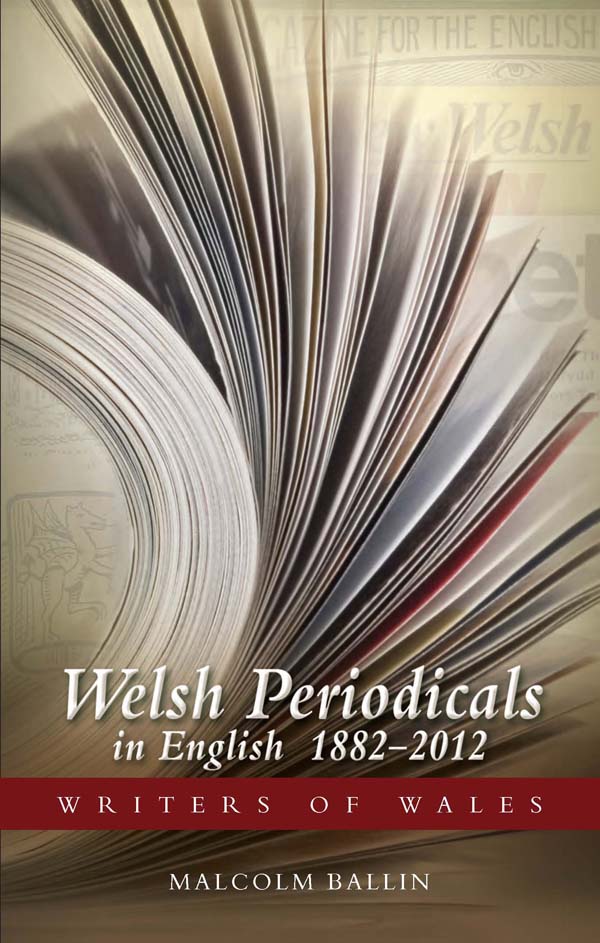