Wolves lope across Gothic imagination. Signs of a pure animality opposed to humanity, in the figure of the werewolf they become liminal creatures that move between the human and the animal. Werewolves function as a site for exploring complex anxieties of difference – of gender, class, race, space, nation or sexuality – but the imaginative and ideological uses of wolves also reflect back on the lives of material animals, long persecuted in their declining habitats across the world. Werewolves therefore raise unsettling questions about the intersection of the real and the imaginary, the instability of human identities and the worldliness and political weight of the Gothic.This is the first volume concerned with the appearance of werewolves and wolves in literary and cultural texts from the mid-nineteenth century to the present. Drawing on representations of werewolves and wolves in literature, film, television and visual culture, the essays investigate the key texts of the lycanthropic canon alongside lesser-known works from the 1890s to the present. The result is an innovative study that is both theoretically aware and historically nuanced, featuring an international list of established and emerging scholars based in Britain, Europe, North America and Australia.

‘This is an excellent collection, addressing one of the limits of the human as represented in the Gothic, namely the recurring theme of “becoming wolf”. The essays assume a wide variety of perspectives, in which the historical terrors, desires and hopes of the wolf are brought out into the light.’
-Professor David Punter, University of Bristol

‘Illuminating rising popular interests in everybody’s love-to-hate hairy monsters amid the decline of their real-life counterparts, this collection of essays makes a compelling case for investigating representations of werewolves and wolves at the nexus of literary animal studies and the ecoGothic.’
-Professor Susan McHugh, University of New England

'...this stimulating, wide-ranging collection provides a timely and thought-provoking insight into our conceptualization of animals as well as anxieties surrounding our own animal natures.'
- Alyce Von Rothkirch, Swansea University, Modern Lanuage Review

Species Troubles
6.‘Something that is either werewolf or vampire’: Interrogating the Lupine Nature of Bram Stoker’s Dracula, Kaja Franck
7.Saki, Nietzsche and the Superwolf, John Miller
8.A Vegetarian Diet for the Were-wolf Hunger of Capital: Leftist and Pro-animal Thought in Guy Endore’s The Werewolf of Paris, Robert McKay
9.Everybody Eats Somebody: Angela Carter’s Wolfish Ecology, Margot Young
10.‘But by Blood No Wolf Am I’: Language and Agency, Instinct and Essence – Transcending Antinomies in Maggie Steifvater’s Shiver Trilogy, Bill Hughes
11.Transforming the Big Bad Wolf: Redefining the Werewolf through Grimm and Fables, Matthew Lerberg

John Miller is Senior Lecturer in Nineteenth-Century Literature at the University of Sheffield. 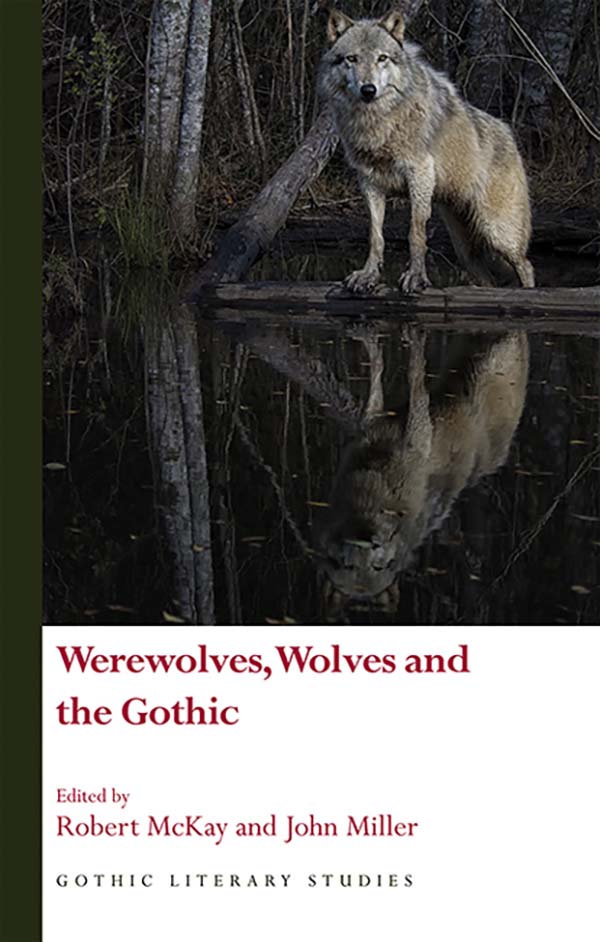