To meet William Morgan is to encounter the eighteenth-century world of finance, science and politics. Born in Bridgend in 1750, his heritage was Welsh but his influence extended far beyond national borders, and the legacy of his work continues to shape life in the twenty-first century. Aged only twenty-five and with no formal training, Morgan became actuary at the Equitable, which was then a fledgling life assurance company. Known today as ‘the father of the actuarial profession’, his pioneering work earned him the Copley Medal, the Royal Society’s most prestigious award. His interests covered a wider scientific field, and his papers on electrical experiments show that he unwittingly constructed the first X-ray tube. Politically radical, Morgan’s outspoken views put him at risk of imprisonment during Pitt’s Reign of Terror. This biography, using unpublished family letters, explores Morgan’s turbulent private life and covers his outstanding public achievements.   ‘William spent 56 years at the Equitable Life Assurance Company, where he learnt how to understand and manage financial risk. In 1789, for his work on the mathematics of life assurance, he was awarded the Copley Medal, the Royal Society’s most prestigious decoration. Subsequent generations have hailed him as ‘the father of the actuarial profession’ – recognition of his having established many of the rules and standards on which the science is based.’ Read more about this on page 6 of the Booklaunch https://edition.pagesuite-professional.co.uk/html5/reader/production/default.aspx?pubname=&edid=eacd7c66-df5c-4335-86ee-cad05c826bda

‘William Morgan has long been recognised as one of the most important actuaries in the history of the profession. This well-researched biography tells the story of William the man beyond the actuary, revealing a person of remarkable dexterity, energy and talent – a scientifically-inquisitive natural philosopher; a liberal political activist; and a dedicated family man. It makes for a fascinating and inspiring read.’
-Craig Turnbull FIA, author of A History of British Actuarial Thought

‘A delight from beginning to end. Nicola Bruton Bennetts not only brings a complicated and endearing character to life in a remarkably vivid way, but also secures his place at the heart of Georgian radical thought.’
-Adrian Tinniswood, author of The Royal Society and the Invention of Modern Science

'This book is a fascinating account of the life and accomplishments of William Morgan of Bridgend: ‘eighteenth-century actuary, mathematician and radical’. The author has succeeded in weaving a rich tribute drawing on family ties, personal connections, and meticulous research, describing William’s life against the historical, economic, political and social backdrop of his time. The author of this book is successful in describing William’s achievements, aspirations and personal disappointments in the context of his own times and against the backdrop of international influences. Significant comparisons are also made with present-day financial thinking: public debt is an economic fact of modern life, but in the 18th century was undesirable and thought to be untenable. Congratulations to the author on a immensely readable and lively account which never skimps on detail and succeeds in entertaining and informing the reader in equal measure about William Morgan’s remarkable life'.
- Glamorgan History Society’s Morgannwg journal

Nicola Bruton Bennetts is an independent scholar with a background in teaching and journalism. 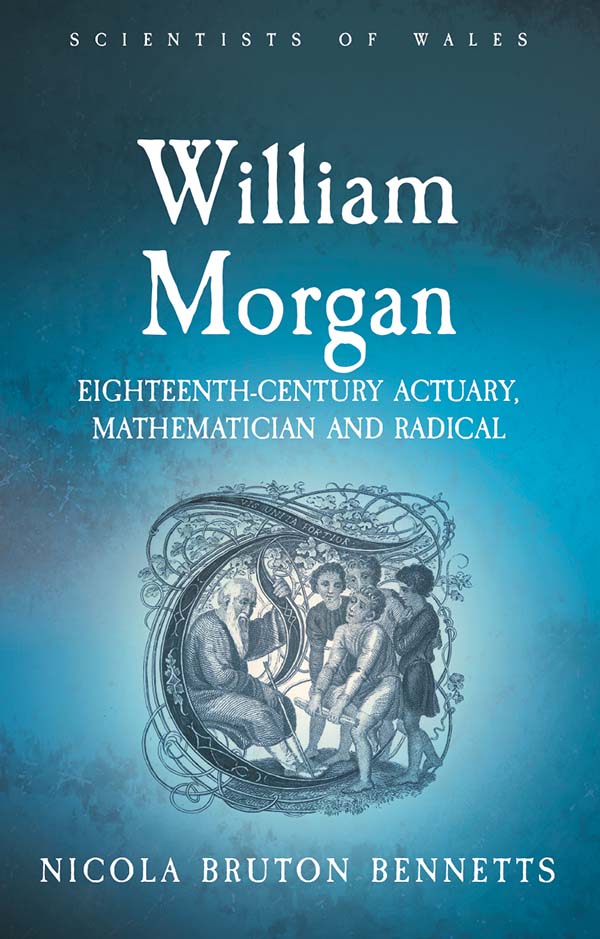