This book provides a new interpretation of the relationship between consumption, drinking culture, memory and cultural identity in an age of rapid political and economic change. Using France as a case-study it explores the construction of a national drinking culture -the myths, symbols and practices surrounding it- and then through a multisited ethnography of wine consumption demonstrates how that culture is in the process of being transformed. Wine drinking culture in France has traditionally been a source of pride for the French and in an age of concerns about the dangers of 'binge-drinking', a major cause of jealousy for the British. Wine drinking and the culture associated with it are, for many, an essential part of what it means to be French, but they are also part of a national construction. Described by some as a national product, or as a 'totem drink', wine and its attendant cultures supposedly characterise Frenchness in much the same way as being born in France, fighting for liberty or speaking French. Yet this traditional picture is now being challenged by economic, social and political forces that have transformed consumption patterns and led to the fragmentation of wine drinking culture. The aim of this book is to provide an original account of the various causes of the long-term decline in alcohol consumption and of the emergence of a new wine drinking culture since the 1970s and to analyse its relationship to national and regional identity.

Dr Marion Demossier is a Senior Lecturer in French and European Studies at the University of Bath. She has been trained as a social anthropologist at the EHESS in Paris where she gained her PhD. She is the author of various works on wine producers, drinking cultures and wine consumers in France and has published on cultural identities in France and Europe. 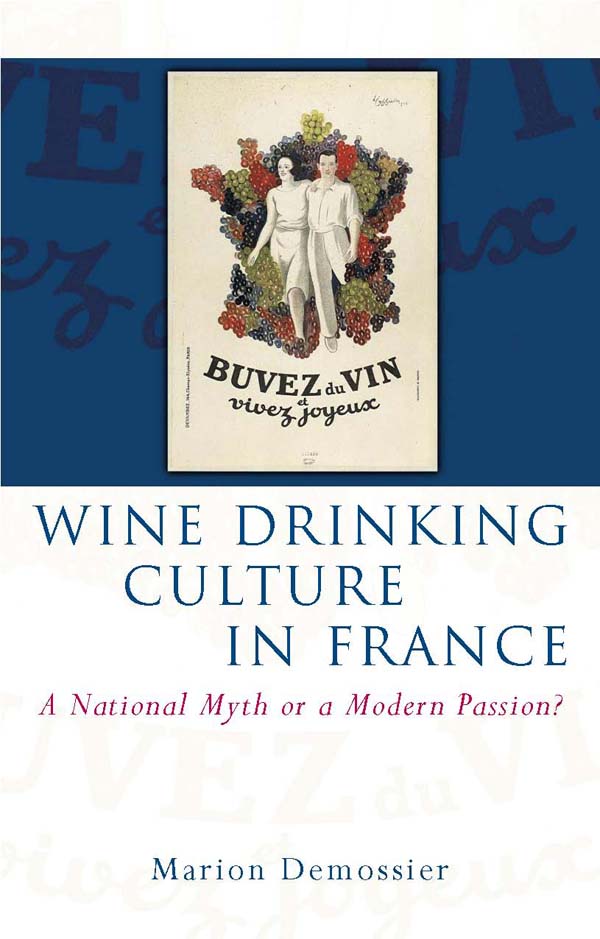