Series: Politics and Society in Wales

This volume draws upon academic research to provide an accessible account of the way that the changes introduced by devolved governance are transforming the role of women in contemporary Welsh politics. It sets out current ideas in academic thinking and why political and social scientists are excited about, and interested in, devolution. It is based on original interviews with participants as well as a wide range of secondary sources. It draws upon research in Scotland and Northern Ireland in order to place the events reported on within the wider context of devolution in the UK. The volume begins by examining how women activists used the political opportunities afforded by constitutional reform to further gender equality and women's participation in politics. These actions led to unique, and as yet little known, innovations such as the Welsh Assembly's statutory duty to promote equality of opportunity. This account examines the background to, and effects of affirmative action taken by three political parties such that the new Welsh legislature has the second highest proportion of women elected representatives amongst national government bodies in Europe. It explores the notable development whereby women are in a majority in the Welsh executive's cabinet. Against the background of pro-devolution rhetoric that stated the case for a 'new politics' based on 'inclusiveness', this volume presents a timely assessment of a new phase in Wales's history; one that has redefined women's role in contemporary Welsh politics.

Dr Paul Chaney is Senior Lecturer in Public Policy at Cardiff University. He has published widely on territorial politics, social policy and, equality and human rights.

Fiona Mackay is a Professor at Edinburgh University and Head of School of Social and Political Science. Her research interests include looking at the impact of gender reform efforts during periods of restructuring and institutional change.

Professor Laura McAllister is a Welsh academic, politician and former footballer and chair of Sport Wales. 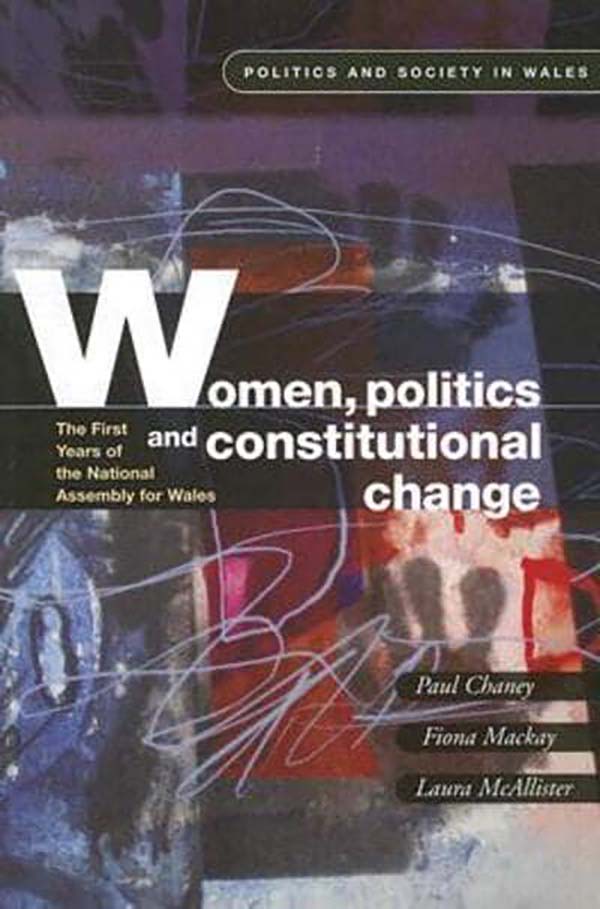