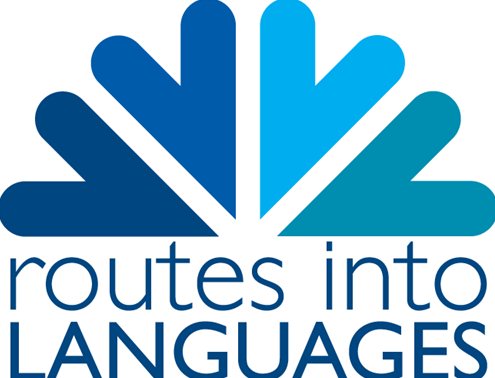 On 2 June, colleagues from UWP attended the Language Trends Launch and Routes into Languages Cymru Showcase at Cardiff University, organised by Routes into Languages Cymru, the British Council in Wales, the CfBT Education Trust, UCML Wales and CILT Cymru. Chaired by UWP’s French & Francophone Studies series co-editor Professor Claire Gorrara, the first part of the event summarised the findings of the Language Trends Wales report, which highlighted that more needs to be done to improve the state of modern foreign languages (MFL) uptake in Wales. As the only country in the UK where bilingualism can be a way of life, it was disappointing to reflect that Wales has not exploited this excellent cultural advantage in the development of a language policy that could make Wales a leader in multilingualism and in language maintenance. The teaching of MFL like French, German and Spanish in Wales is often of the highest quality, but the reduction in lesson time available, and the sheer number of other choices facing students at GCSE and A-level, have meant that the number of pupils in Wales opting to study languages is falling each year. A-level courses in particular are becoming increasingly unviable, with only a handful of pupils in each school choosing this route – meaning that they frequently have to travel to another school for teaching. In a career marketplace where global graduates are sought-after by employers, it is discouraging that Wales has the lowest number in the UK of secondary pupils studying MFL. Not only have the benefits of Wales’s unique profile not been exploited in collaboration between Welsh/English provision and MFL learning, but the valuable contributions to literacy and numeracy in Welsh/English that learning MFL can offer are being ignored.

Fortunately, this dismaying state of affairs is being translated into positive actions of redress. Exciting ideas include more opportunities for MFL provision in primary schools that would equip students for Content and Language-Integrated Learning (CLIL) later on – learning subjects like art, music, history and geography through another language. Links between languages in this way could help schools to meet literacy and numeracy targets, as compellingly shown in a forthcoming book from UWP, Count Us In: How to Make Maths Real for All of Us by Gareth Ffowc Roberts. Other initiatives already in place are the Mother Tongue, Other Tongue (Mamiaith, Ail Iaith) project, multilingual spelling bees (impressively demonstrated by a pupil in attendance) and Pupil Language Ambassadors responsible for encouraging their peers through language activities – from multilingual social media accounts and screenings of subtitled films, to running International Days in their school (a celebration of the Mexican Day of the Dead, featuring chilli hot chocolate, appears to have been a big hit at one school!). The Adopt a Class scheme has also been popular, teaming up a Year 9 class with a student on their year abroad and establishing a regular connection with them through video-links, postcards, letters and visits from the student to the class upon their return – potentially inspiring a roomful of pupils to consider spending time studying abroad.

These successful projects, supported by partners and safeguarded by HEFCW for another year, are crucial in developing Wales into a nation of talented linguists, opening the doors to cultural experiences, new ways of thinking and business opportunities. But, just as learning a language is a life-long journey, MFL policy in Wales needs a long-term policy in place if succeeding generations are to be able to reap the rewards of having more than one way to express themselves. The excellent work done by Routes into Languages Cymru represents the first steps towards future fluency for all in Wales. Dal ati! Vive la langue! ¡Sí, se puede! #MFLCymru