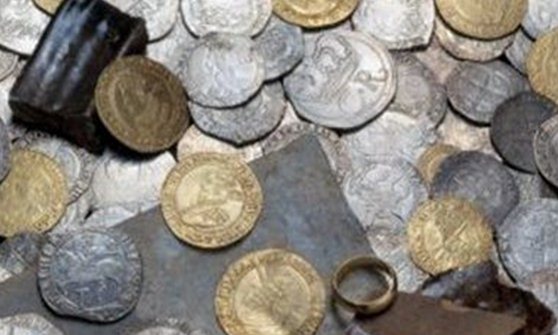 The National Museum of Wales’s annual archaeology conference was held on Saturday, 15 November, and was very well attended, considering the damp weather outside. Peter Wakelin, the Museum’s Director of Collections and Research, began the day’s proceedings with an interesting talk on World Heritage Sites, in particular the three that Wales already has: the castles and town walls of Edward I in Gwynedd; Blaenavon; and the Pontcysyllte Aqueduct. He showed how the granting of world heritage site status has transformed local and wider perceptions of Blaenavon in particular, and helped to regenerate the areas by attracting tourism and providing employment, for example, Pontcysyllte now has 500,000 foreign visitors a year, mainly from Japan.

Stuart Needham, an honorary research fellow at the Museum, gave the keynote lecture: Turning the Blade: the rise and fall of halberds in Chalcolithic Wales. Dr Needham provided a fascinating insight into the recent discovery of a halberd from Trecastell in Powys and how it allows us to speculate regarding the use of halberds in Chalcolithic Wales. He argued that halberds were used as weapons in combat, but that they also had symbolic importance as emblems or identifiers of certain groups, and would also have been used in ritual acts. His arguments provoked a lively response from the audience, with some arguing that halberds would have been used on a more daily basis as agricultural tools. Dr Needham countered this point by showing that the markings on the recent find from Trecastell suggest strongly that it would have been used as a weapon rather than a tool.

The next speaker was Mark Lodwick, Finds Co-ordinator for the Welsh branch of the Portable Antiquities Scheme, PAS Cymru. This is a mechanism to record and publish archaeological finds made by members of the public, and his talk was titled New Discoveries through the Portable Antiquities Scheme. He described some of the most important and significant archaeological finds made in Wales in recent years, from three main areas: St Fagans and its surrounding area; the Penllyn area in the Vale of Glamorgan; and the Swansea Bay area ­- a number of important and unusual items from the Bronze Age period have been found in Swansea Bay in particular.

Mark Redknap, who is a medieval curator in the department of History and Archaeology at NMW, gave two talks immediately after lunch. In the first, Offa’s Dyke: Heritage protection and new evidence, he described the pioneering work done by the renowned archaeologist Cyril Fox between 1925 and 1932 to map and detail the actual extent of Offa’s Dyke, which was traditionally considered to have stretched from sea to sea. He painted an evocative picture of Fox’s leisurely but determined wanderings along the Dyke, accompanied by his wife and various other helpers. Since those interwar years, Offa’s Dyke has been damaged significantly by a number of factors such as grazing, grassland erosion, tourist erosion, burrowing animals and scrub/woodland colonisation. There is a management plan in place to address all of these threats and to ensure that Offa’s Dyke is conserved.

Redknap’s second talk was on Saxons and Vikings in North Wales: New finds and their significance. He described the extraordinary wealth of material relating to Viking raids into north Wales during the period of Rhodri the Great in the ninth century found at the Llanbedr Goch site on Anglesey. This includes the skeletons of six people who are thought to have been killed during Viking raids, one of which was found with its arms behind its back suggesting that it had been bound before killing. The evidence found at Llanbedr Goch has helped us to build up a better picture of the complex relationship between the Welsh and the Vikings in the ninth and tenth centuries.

Robert Protheroe Jones, the curator of the heavy industry collections at NMW, followed after coffee with Photos and Furnaces: Using artworks to interpret industrial period sites. He gave a very engaging talk on the evidence about the development of the Industrial Revolution in Wales, which is provided by various paintings, drawings and photographs from the eighteenth and nineteenth centuries. He explained that Wales’s industrial heritage is poorly documented in terms of photographs, as the major industrial sites in south Wales only started to be photographed extensively from the 1890s onwards, by which time most of them were fully developed. Furthermore, there are very few extant architectural plans for these sites, which means we are dependent to a large extent on the remaining paintings and drawings produced during the period of their development. Many of these renderings were painted by tourists who visited Wales during the Napoleonic era as part of the ‘Grand Tour’, when European travel was heavily curtailed by warfare. Others were drawn by artists sponsored by some of the industrial barons; Penry Williams painted Cyfarthfa ironworks extensively for the Crawshay family, for instance. Protheroe Jones demonstrated how paintings such as these can be used to overcome some of the challenges in interpreting industrial sites caused by the absence of more official illustrative or descriptive material.

Edward Besly, an expert on numismatics who works for NMW, closed the day’s proceedings with a talk on Hoards and Hoarding during the Civil War. Besly described the major 1997 find in Tregwynt, Pembrokeshire, of a large hoard of coins from the English Civil War. This is the largest hoard of its kind to have been found in Wales, consisting of 500 gold and silver coins worth 51 pounds and 9 shillings – a very significant amount during the English Civil War, enough to buy two tons of cheese! He explained how a great deal of money was buried by Royalist families during the period who were concerned that their riches would be stolen by their enemies. Pembrokeshire was a Royalist stronghold, and the fight back against Cromwell was launched from there in 1648, reaching as far east as St Fagans, where it was eventually defeated. The hoard was donated to the National Museum of Wales and is now part of its collections. The wide ranging and varied conference showed clearly how much interest there is in archaeology in Wales.