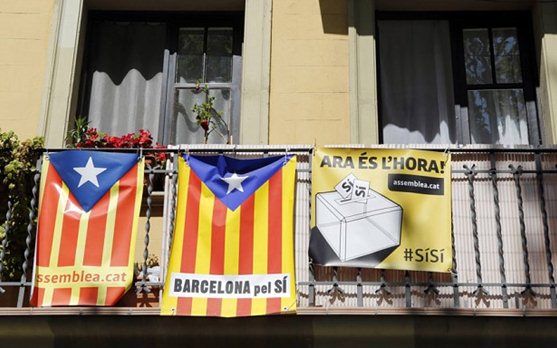 Sarah Lewis attended a fascinating and thought-provoking seminar entitled ‘Invisible Catalans and the Nationalist Struggle for Recognition, 1886–2014’ at Swansea University on 2 April. The event was the fruit of a research partnership between Swansea University’s Institute of Identities and GRENS Universitat Pompeu Fabra, Barcelona. The aim was to spark a lively academic exchange between Catalonia and Wales in the field of studies on Nationalism. Academics from Swansea University visited Barcelona in November to present on Welsh identity and nationalism, and the photos on their website clearly demonstrate that a good time was had by all in this most enchanting of cities.  As the date for the proposed Catalan referendum on independence is fast approaching, it proved very timely to take the temperature of the current scenario, and also to consider the roots of Catalan identity and desire for self-determination from medieval times to the present day across historical, cultural and political perspectives. Visca Catalunya!