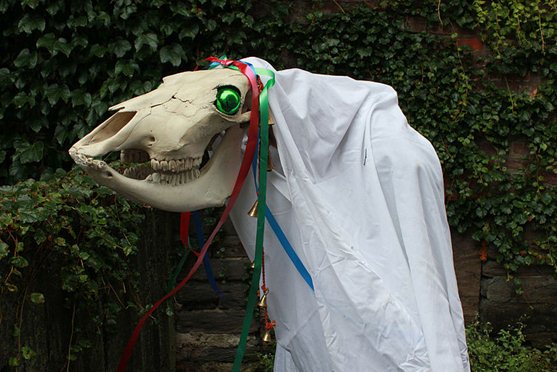 On Friday 16 October I attended a joint conference by the Folklore Society and the Royal Anthropological Institute in London. The conference was designed to enhance collaborate between the two disciplines. Historically, membership of both the Society and the Institute have overlapped, testifying to a closeness between the disciplines that was fruitfully borne out by the papers given by scholars – some from a folklore background, some from anthropology, and even some from archaeology.

Dr Tina Paphitis, an archaeologist, delivered a truly fascinating paper on the folklore surrounding sites associated with the Arthurian legend. Her paper drew on the study of Public Archaeology, which looks at how archaeology can be re-humanised (for example via outreach activities), and the value of exploring the folk legends surrounding archaeological or heritage sites, rather than excluding such stories due to perceived inaccuracies.

Professor Florentina Badalanova Geller gave an illuminating talk on the Folk Bible, especially as it pertains to Eastern Europe, and provided food for thought on the risks taken by folklorists in collecting material. In the second half of the day, talks also covered modern girls’ morris dancing, the Chewa people, and vernacular or lay knowledge of the female body.

Inspired by this conference, we would be interested in hearing from any scholars working in folkloristics or cultural anthropology, so please do get in touch with us if you are researching in these areas.