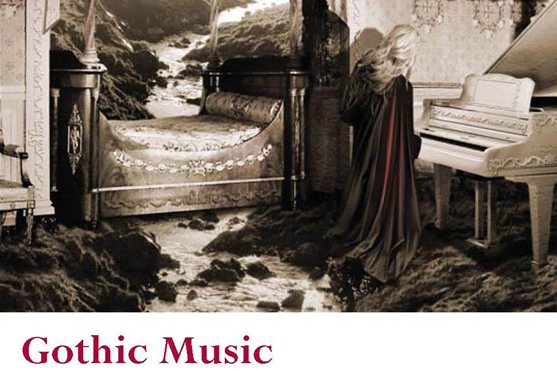 Announced as part of the International Gothic Association’s (IGA) biannual conference, the book, which is published by the University of Wales Press, was one of four titles on the shortlist (taken from an original longlist of eight).

The Allan Lloyd Smith memorial Prize was established by the IGA in 2011 as a memorial to Dr Allan Lloyd Smith (1945-2010), founding President of the IGA. With the winner determined by a panel of past presidents, the prize is awarded for a scholarly publication considered to have advanced the field of Gothic studies.

Gothic Music: The Sounds of the Uncanny investigates the connections between Gothic and Goth, and between music, literature, film and computer games, in search of the definition and scope of Gothic Music. Its author, Isabella van Elferen, is currently Assistant Professor of Music and Media in the Department of Media and Culture Studies at Utrecht University in the Netherlands.

Speaking about the book’s success, Helgard Krause, Director of the University of Wales Press, said:

The IGA is the world’s leading association dedicated to the study of the Gothic, consisting of over 200 researchers from 25 countries. The Allan Lloyd Smith Memorial Prize, which is awarded every two years, is considered to be a very prestigious and internationally recognised award.

For more information about the IGA, please visit their website – www.iga.stir.ac.uk